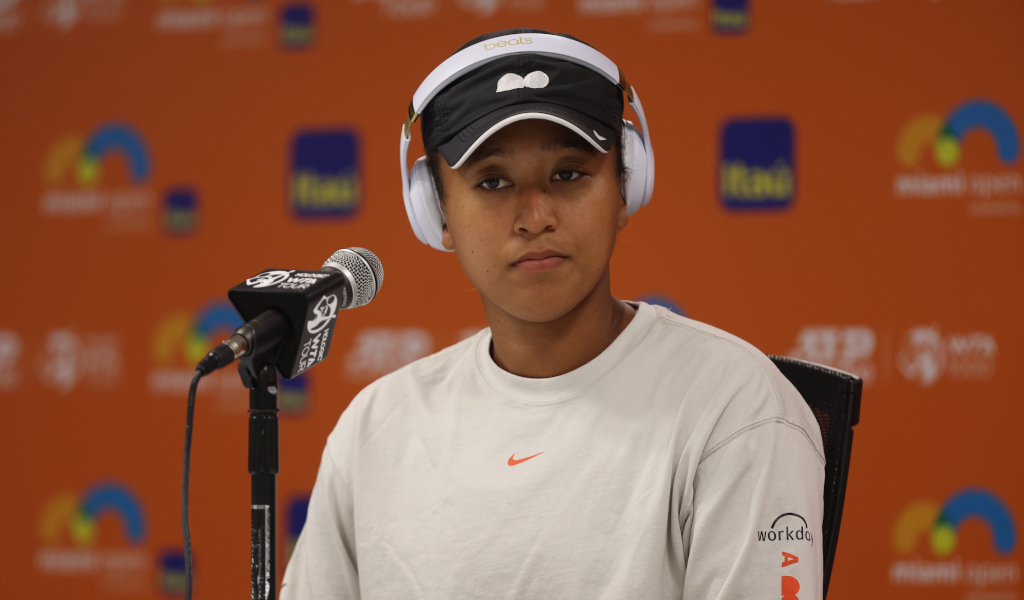 Naomi Osaka believes the structure of tennis would have to be revamped if women are to play best-of-five matches at Grand Slams as she defended the equal pay that women receive following Stefanos Tsitsipas comments about the subject.

Tennis is one of the few sports where women and men are paid the same as the four Grand Slams – the Australian Open, French Open, Wimbledon and US Open – have the same prize money for both genders.

It has always been a hot debate as men play best-of-five sets at the majors while women play best-of-three and Tsitsipas was asked for his views on the topic at this week’s Miami Open.

“I don’t know. There are also a lot of scientists and statisticians, whatever, out there. I’ve been told that women have better endurance than men. I don’t know.

“I very much believe that the winners of Grand Slams would be very different if the format was best-of-three in men.”

Former world No 1 and four-time Grand Slam champion Osaka was then asked to comment about Tsitsipas’ statement.

After an initial light-hearted reply to his remarks, Osaka got serious and says women have for decades been putting in the hard work to get to this point.

“Does he want to play nine sets? If he tries to extend mine, I’m going to extend his,” she joked.

“This guy is so funny, man. I don’t know. I feel like that would change the structure of tennis. Like people will start doing things differently in the gym and stuff like that.

“It will probably also take a very long time to be implemented, but also, a man is talking about a women’s sport, so I don’t think his idea is going to go through.

“I don’t want to be rude. I’m really trying to structure this in a way that’s not like off-putting, but I think it’s like decades of hard work.

“Up until now, women have been putting in the work. It’s not just like, oh, it’s come out of nowhere that you get paid the same.

“The history of the WTA has been leading them into advocating for equal pay with Billie Jean King, Venus [Williams], Serena [Williams] all that.

“I also think ticket sales are important. I think the WTA has really good up-and-comers, the No 1 player in the world, Iga [Swiatek], is like 20 right? I don’t know. It’s who people find interesting. Coco [Gauff] is amazing as well.

“For me, I feel like the revenue that you generate, like ticket sales, is very important, and I think the WTA is doing a really good job at that.”