Naomi Osaka still ‘intimidated’ by Serena Williams, but admits ‘if Serena wasn’t there, then I wouldn’t be here’ 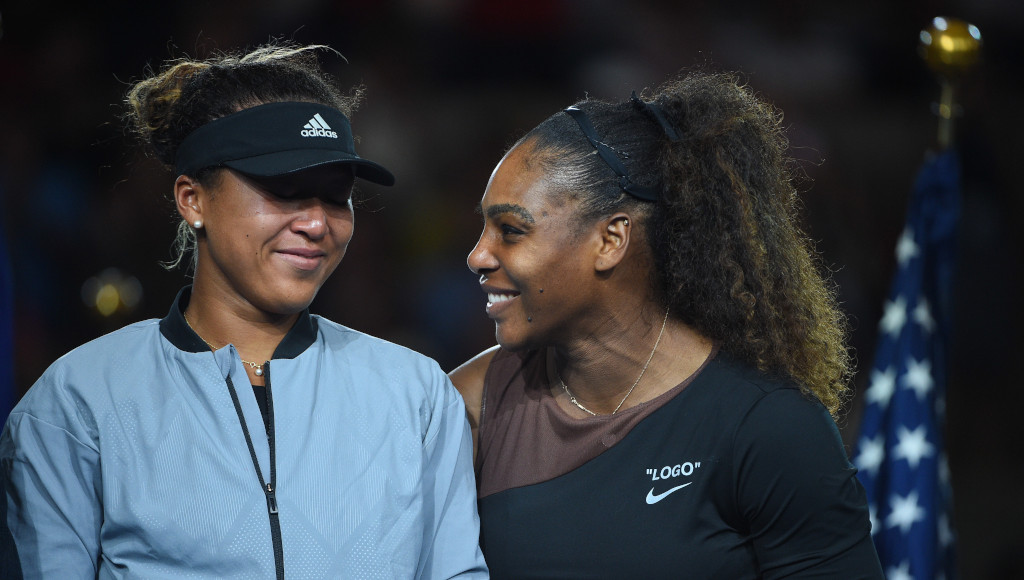 Naomi Osaka admits she still “gets very shy” whenever Serena Williams is close to her and concedes that “if Serena wasn’t there, then I wouldn’t be here”.

Three-time Grand Slam winner Osaka has never been afraid to express her adoration for 23-time major winner Williams and she famously told the American “I love you” during a post-match interview at the 2018 US Open.

VIDEO: Naomi Osaka’s ‘I love you’ message to Serena Williams

But long before that Osaka was a fan of Williams as her father Leonard Francois used Richard Williams’ blueprint for coaching his daughters Venus and Serena to success as he turned Naomi and her sister Mari into professionals.

Asked about the impact that Serena, specifically, had on her during an interview with Vogue magazine, Osaka replied: “I would say that if Serena wasn’t there, then I wouldn’t be here, and I think that a lot of players would say the same thing.

Of course, shortly after declaring her “love” for Williams in 2018, Osaka and the American were involved in the controversial US Open final that year.

The Japanese youngster admits she was intimidated before the match – and still is – but she is learning how to “block out” all emotions when stepping onto the court.

“There’s a lot of things she’s so much better at,” she told Vogue. “She’s more aggressive. She knows when to go for her shots. Sometimes she hits really big service returns, and I can’t do that at all. Honestly, I’m kind of scared of her. Not scared scared but—I’m intimidated, and I get very shy when she’s like 10 feet away from me.

“That really affected me at the US Open finals in 2018, but I had worked so hard for that moment, and I felt like if I were to be intimidated or show that I was scared of her, she would capitalise on that. When I’m stepping on the court, I have to treat her as a tennis player, not as Serena Williams. I just blocked out all my emotions and thought about playing against the ball, like every ball that came across the net was my opponent.”