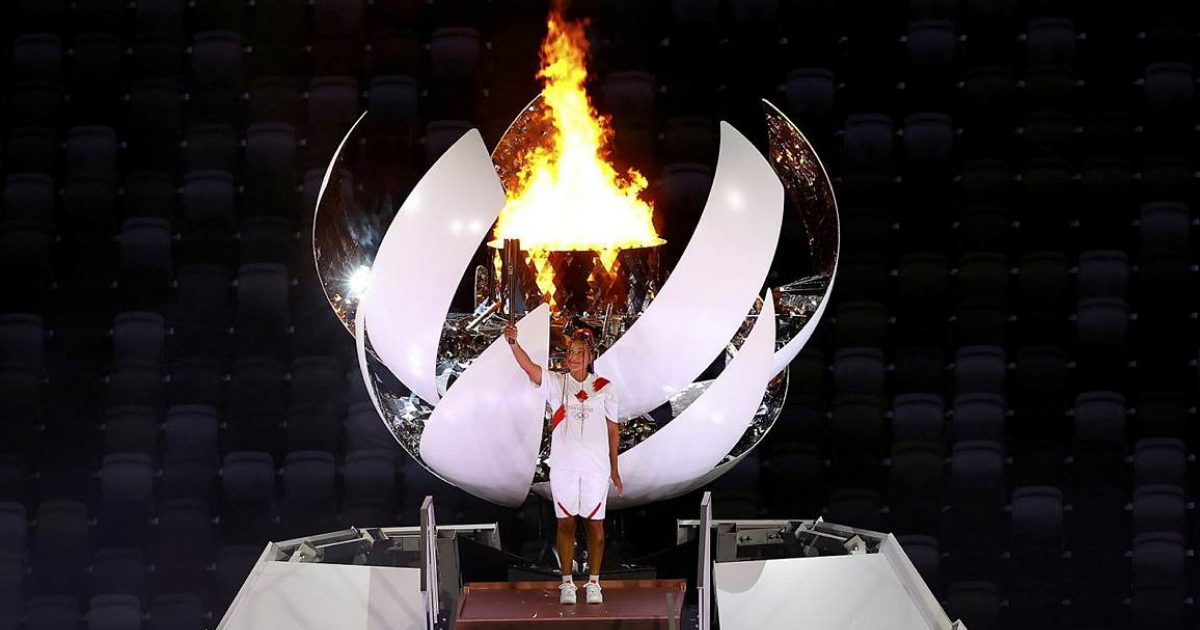 Tennis star Naomi Osaka lit the Olympic flame as the Tokyo Games were opened with an understated ceremony held behind closed doors.

Osaka marked her return to the spotlight in the grand manner, after stepping away from tennis for the last six weeks as she battles mental health issues.

Now she is back in the eye of the media after lighting the flame at her home Olympics and she described the moment as ‘the greatest athletic achievement and honor I will ever have in my life’.

Undoubtedly the greatest athletic achievement and honor I will ever have in my life. I have no words to describe the feelings I have right now but I do know I am currently filled with gratefulness and thankfulness ❤️ love you guys thank you. pic.twitter.com/CacWQ5ToUD

The culmination came as great Japanese athletes, key workers and children from regions affected by the devastating earthquake and tsunami 10 years ago linked up before handing the flame to four-time grand slam champion Osaka.

The 23-year-old walked across the stage at the Olympic Stadium and climbed a symbolic depiction of Mount Fuji to light the cauldron.

Earlier, International Olympic Committee president Thomas Bach had addressed the athletes media and dignitaries that made up the sparse crowd, saying: “Today is a moment of hope.