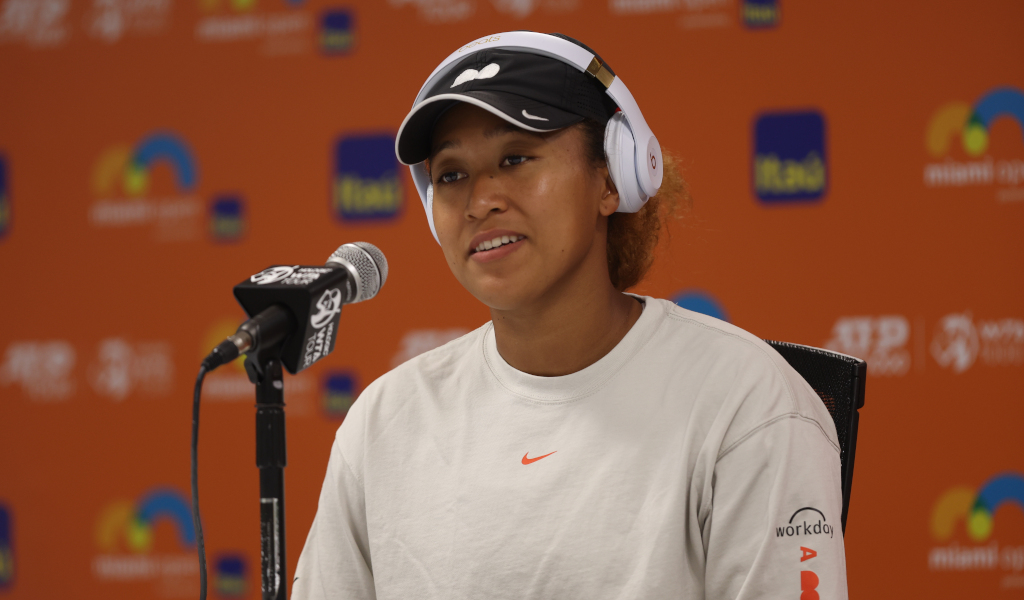 She admits it took her a long time to come to the decision, but Naomi Osaka is finally receiving professional help so that she can improve her mental health.

Osaka first admitted at last year’s French Open that she suffered from depression and anxiety. Her announcement came on the back of her withdrawal from the tournament after she was threatened with expulsion over her refusal to attend post-match press conferences – a decision made in order to protect her mental health.

The Japanese star also withdrew from Wimbledon and ended her 2021 season after the US Open, admitting that she was not sure when she would return.

Miami Open: Naomi Osaka powers into the second round

However, she made her comeback at the start of the year but has struggled to regain the form that saw her won four Grand Slams.

She lost against Veronika Kudermetova in the third round at last week’s Indian Wells Open and was reduced to tears midway through the match after she was heckled by a spectator.

That was the straw that broke the camel’s back as she finally saw a therapist.

“I don’t know if I’m allowed to say this, but I finally started talking to a therapist after Indian Wells,” Osaka said.

“It only took like a year after the French Open (in 2021 when she announced she was taking a break).

“She kind of told me strategies and stuff. I realise how helpful it is. I’m glad that I have people around me that told me to, like, go in that direction.

“But, yeah, I was basically just remembering all the things that she told me to do, just to take deep breaths and reset myself when I need to.”

The 24-year-old explained that her sister, former professional player Mari, convinced her to go.

“Honestly because my sister kind of, like, seemed very concerned for me,” she said.

“I don’t know. Like I feel like I’ve been trying a lot of different things because I tend to internalise things, and I also want to do everything by myself.”

She added: “[Coach] Wim [Fissette] kind of put it in a really good way. He was like, ‘You hire a coach for tennis, for fitness. The mind is such a big thing. If you can, like, get a professional to help you out .5 per cent, that alone is worth it.'”