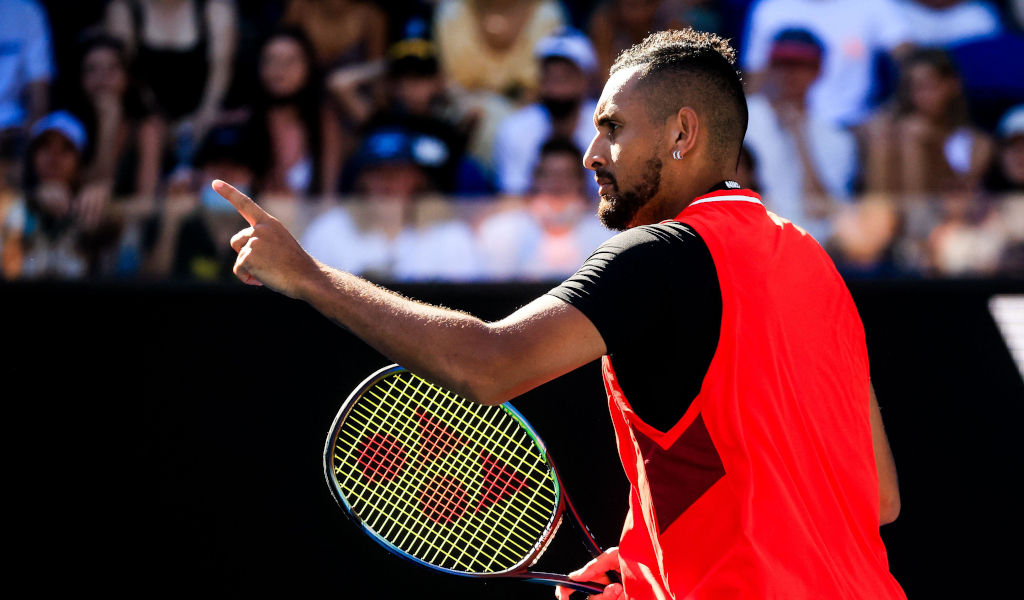 Osaka announced she would part ways with IMG in May, also setting out her intention to found a new agency with agent Stuart Duguid.

The former World No 1 promised big things to come from the partnership between Evolve and Kyrgios.

“Kyrgios embodies the types of athletes we want to work with at Evolve,” Osaka told Boardroom.

“He’s got an unmatched style, passion, and personality that is unlike any other in the sport. We have some big things in the pipeline for him that are very unique and pioneering.”

Kyrgios insists that the new alliance was a no-brainer for him.

“When I learned that Stuart and Naomi were starting an agency focused on supporting athletes like me, it made complete sense to join,” Kyrgios said.

“I have consistently tried to do things differently throughout my career and bring my entire personality to the game of tennis. I’m excited to work with Stuart and Naomi to continue building on what we’ve started and push the game of tennis forward.”

“Nick is the most talented and entertaining tennis player on the tour, bar none,” said Duguid.

“His energy is infectious. And love or hate him, you definitely can’t keep your eyes off him. If you go to any junior tennis tournament you will see Nick’s influence in a second. For Gen Z and younger, he is absolutely the icon.”

Despite being some way adrift of his career-best ranking of World No 13 at present, Kyrgios remains one of the biggest brands in tennis.

He wears his heart on his sleeve on the court and has endured an abrasive relationship with the press in the past but Kyrgios has undeniable crossover appeal.

Kyrgios is currently in Mallorca, getting another tournament in on grass ahead of Wimbledon having reached the last four in both Halle and Berlin.

He will face Serbia’s Laslo Đere on Tuesday in the Round of 32 at the Mallorca Open.

Osaka will miss Wimbledon as she continues to recover from an Achilles injury.