Nick Kyrgios declares himself best player on grass ahead of Wimbledon, eager to soak up ‘pretty nice lifestyle’ 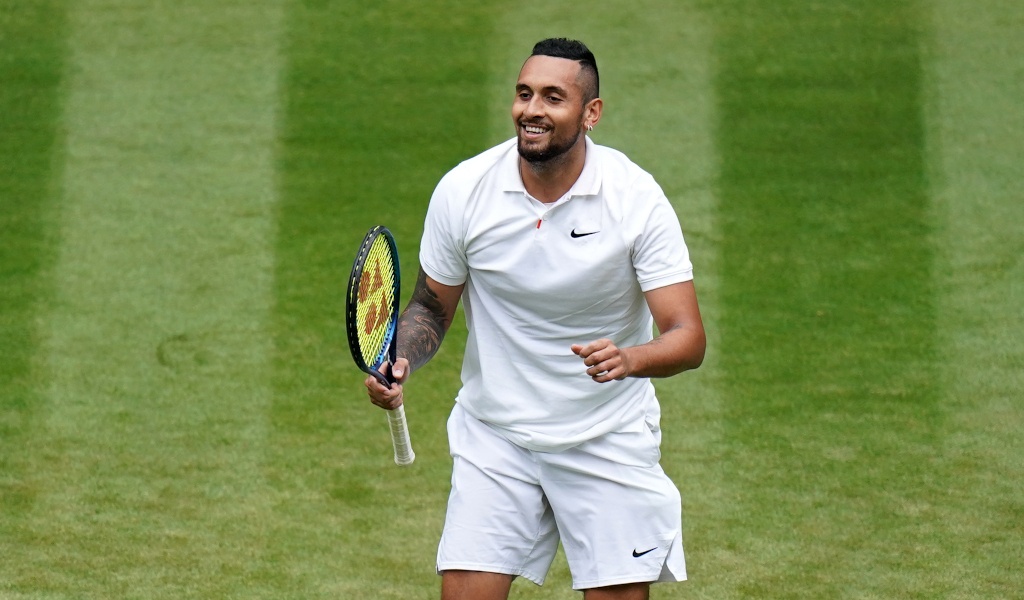 Nick Kyrgios believes he is the best player on grass heading into Wimbledon while he is also determined to do things “his way” and make the most of his “pretty nice lifestyle”.

After playing only a handful of tournaments in 2020 and 2021 due to the coronavirus pandemic and injury, Kyrgios has been a lot more active on the tour this year as he already played in five events.

However, he has opted to skip the clay-court season, which will see him miss the French Open, but is set to return on grass and is expected to play a couple of warm-up events before Wimbledon.

Asked who he thinks is the best player on the surface ahead of The Championships, he told the Sydney Morning Herald: “I mean, on the grass, I’d say me!”

Kyrgios had slipped to outside the world top 100 at the start of the year, but he is back up to No 78 ATP Rankings and feels that it has been “a resurgence year”.

He has never been afraid to share his views on the struggles of spending several months away from home due to the busy tennis schedule, but he is now starting to see his glass as half full.

The Australian added: “Something about this year has just been different. I’ve played five or six events and I’ve gone pretty well in pretty much every one I’ve played and I’ve beaten a lot of the top players in the world this year.

“I guess it’s more of a resurgence year, just going out there and showing people that I don’t have to go out there and play all the time, [that] I can still be at the top of the game. I’m just enjoying it and doing it my way.

“I play for a lot of people. I feel like I’m very relatable. A lot of kids and people look up to me when I play. If someone like me can make it this far and achieve what I’ve achieved, I think it gives them a lot of hope.

“Obviously, I’m 27 now, so I’ve got to provide a bit of money, but it’s just a lot of fun; the tennis tour, travelling around the world, it’s a pretty nice lifestyle. I want to soak it up while I can.”