Nick Kyrgios ‘is the black sheep of the ATP’ and ‘likes attention’, says Stefanos Tsitsipas 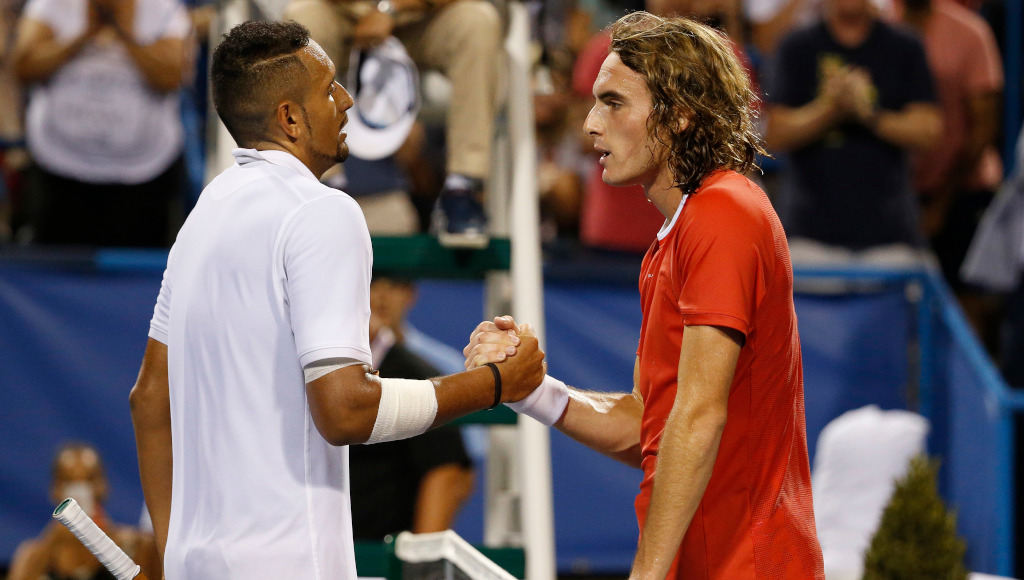 Kyrgios is one of the most controversial figures on the ATP Tour as on the court he often entertains and frustrates in equal measure and off the court he is never afraid to voice his opinion on any given subject.

Nick Kyrgios on Novak Djokovic: ‘He’s technically our LeBron James and has to set an example for tennis’

While some applaud him, others are not fond of his opinions and on-court antics.

“Nick, he is the black sheep of the ATP. He likes to do unpredictable stuff. He likes attention, let’s not refute that. And that’s totally normal. There is nothing wrong with that,” Tsitsipas told No Challenges Remaining podcast.

“He has his own personality, which turns out, some people love it. A lot of people hate it and don’t understand it. But there are some people that are so into it. I think it’s totally fine and our sport needs that. It’s entertainment. It’s fun. It’s something unique and special that not many players have.

“I wouldn’t say we share a very close friendship but he does FaceTime me from time to time, at complete random times. Sometimes 1am. I don’t get it.”