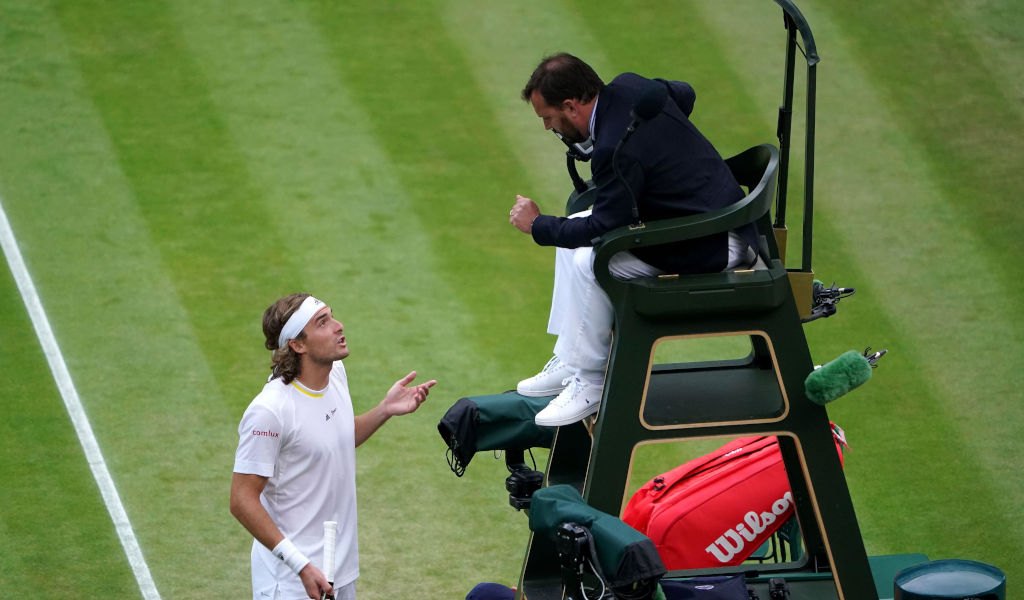 Nick Kyrgios is the only player who constantly leaves Stefanos Tsitsipas scratching his head, according to the Greek star’s mother Julia Apostoli.

Tsitsipas and Kyrgios were involved in a heated third-round clash at Wimbledon in early July with the latter at one point demanding that the chair umpire default his opponent after the fourth-seeded Greek angrily smashed a ball into the stands.

There was no disqualification forthcoming and as the match continued, Tsitsipas lost his cool on several occasions and, after lashing out too many times, he earned a point deduction at one stage.

After going down in four sets, the Greek described Krygios as “evil” and “a bully” during his post-match press conference.

“It’s constant bullying, that’s what he does. He bullies the opponents,” he said. “He was probably a bully at school himself. I don’t like bullies. I don’t like people that put other people down.

“He has some good traits in his character, as well. But he also has a very evil side to him, which if it’s exposed, it can really do a lot of harm and bad to the people around him.”

If he was expecting an apology from the Australian, then there was not one forthcoming as Kyrgios shrugged off the criticism and insisted he didn’t do anything wrong.

He added: “I had no anger towards Stef today on the match. I don’t know where it’s coming from, to be honest.”

Both players were slapped by fines from organisers and now three months later Tsitsipas’ mother has had her say on the issue as she criticised the Australian’s “dirty tennis” during the grass-court Grand Slam.

“The only person who confuses Stefanos is Nick Kyrgios. He is the only one who brings him out of himself,” she told Greekcitytimes.com.

“In the Wimbledon match, Kyrgios decided to ignore the general rules of sports. The match became very strange and nervous because he was playing ‘dirty’ tennis.

“Stefanos doesn’t play like that. He completely lost his temper due to the behaviour of his opponent and lost the match without being any worse on the court.”