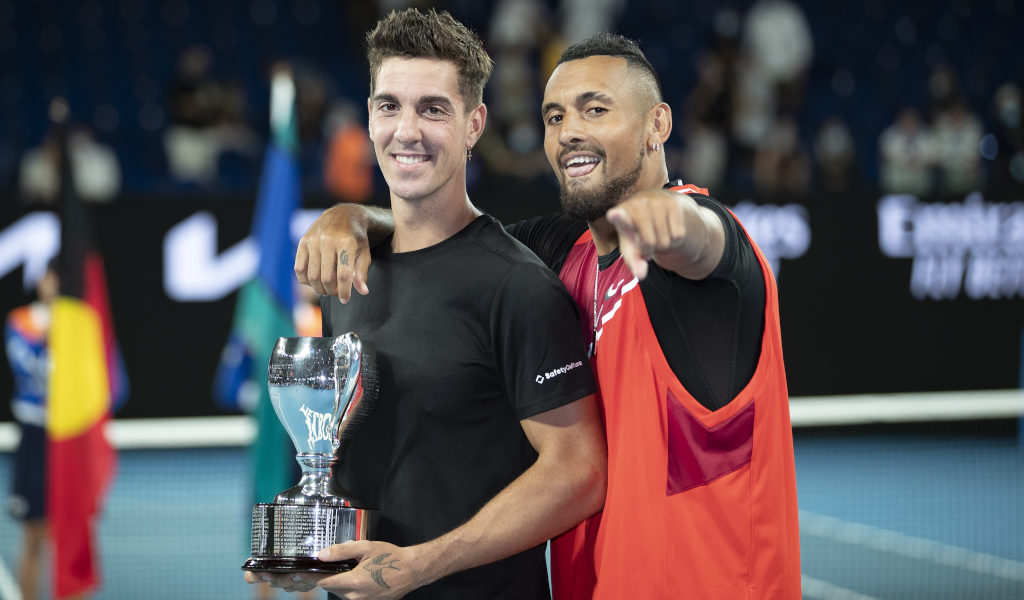 Kyrgios believes that the doubles run with Kokkinakis reminded him why he loves tennis.

He believes that helped him achieve things that he though me might never get the chance to tick off his list.

Kyrgios also feels that maturity has helped him be a mentally stronger player.

“In 2016 when I finished 13 in the world, I think I was maybe playing a little bit better, but I think this time around, I was just more mentally strong and you know I was able to put more matches together consistently.

“The Australian Open obviously is the most important tournament for me. And you know, I think Australia really want me to do well there. I was never expecting to win doubles. Obviously. I’ve been a singles player my entire career. Just winning that doubles title with Thanasi at home was very special.

“And I think that kind of set everything off. You know, I learned a lot and doubles you work on your returns. You work on your volleys you work on different aspects of your game that you know, singles doesn’t always allow you to so doubles kind of gives you that fun aspect and you kind of remember why you play tennis.

“You know, I played tennis because I really enjoyed it as as a young player and I think that was you know, has that aspect.”

Kyrgios admits that he found the prospect of competing in the Wimbledon final a daunting one.

He believes his Wimbledon run was a learning experience and one that will propel him to greater heights.

“Going into the Wimbledon final. I couldn’t sleep. I had about two hours sleep and I think it was everything I’ve ever worked for and was taught and my family sacrificed for was all ready for that moment.

“To do it at Wimbledon was, you know, there’s no bigger stage than Wimbledon. I think people that don’t know tennis they know Wimbledon is.

“I think if you win Wimbledon and you become tennis immortality, and you know it was one match away, two sets away, so it’s definitely an experience that I’ll never forget and you know, it’s made me more hungry. It’s made me want success more and I think I learned a lot.”

Kyrgios will be in action at the Diriyah Tennis Cup exhibition event in Saudi Arabia between 8 and 10 December.

READ MORE: Nick Kyrgios is looking to get the jump on the ATP Tour in Saudi Arabia