Nick Kyrgios frustrated after letting US Open slip away: ‘The Grand Slams are the only ones that matter’ 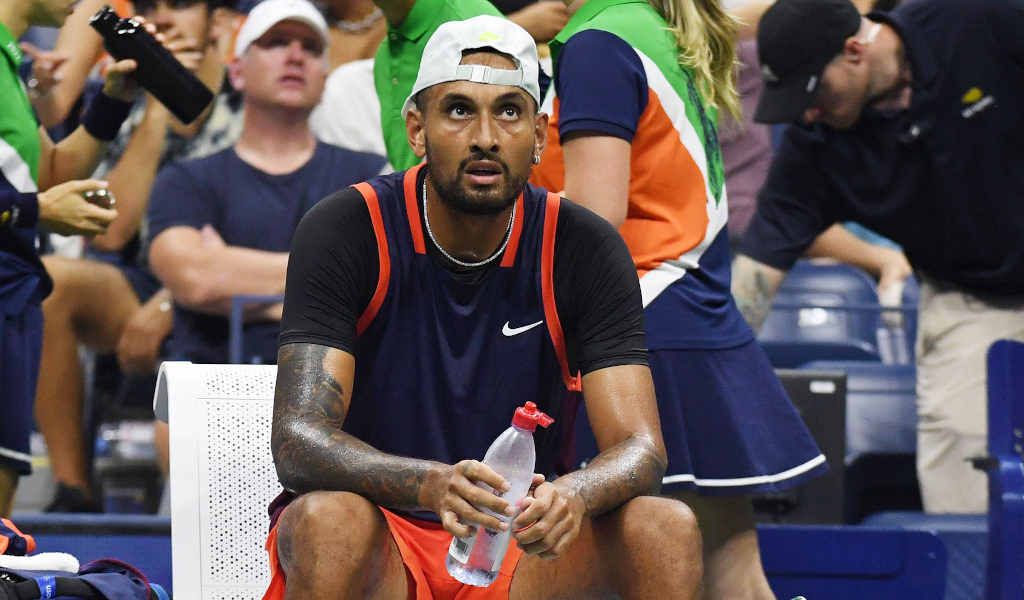 Nick Kyrgios had a taste of what was like to feature in the biggest of matches at Wimbledon and he was desperate to go one better at the US Open, but it wasn’t to be and his defeat in New York has left him devastated.

Having thought his Grand Slam ship had sailed after years of underachievement, Kyrgios put together a brilliant run in July as he reached the Wimbledon final and eventually finished runner-up to Novak Djokovic.

That, though, left him wanting more and he put in the hard yards after the grass-court campaign to prepare for the season-ending Grand Slam, the US Open.

He did almost everything by the book as he won the Citi Open singles and doubles and also took part in the ATP Masters 1000 events in Montreal and Cincinnati to be in tip-top shape for New York.

And the Flushing Meadows campaign started well as he brushed aside world No 1 and defending champion Daniil Medvedev in the fourth round with many believing that victory made him the favourite to win the title, especially after Rafael Nadal exited the tournament early.

“Honestly I don’t even really care about any other tournament,” a dejected Kyrgios said. “I feel like at the Grand Slams, now having success at a Grand Slam, it’s just like, no other tournament really matters.

“It’s like you get better, you get worse, then at a Grand Slam none of it matters. You either win or lose. People don’t really care if you got better on the day or you lost four in the fifth or played one of the best matches of the tournament. You lost, so… that’s all people remember at a Grand Slam, whether you win or you lose.

“I think pretty much every other tournament during the year is a waste of time really. You should just run up and show up at a Grand Slam. That’s what you’re remembered by.”

Coco Gauff explains why she ‘can never dislike’ Nick Kyrgios

The former world No 13 is due to take part in the Japan Open in Tokyo from October 3, but it looks like the 27-year-old – who has already pulled out of the Laver Cup, would rather turn his focus to next year’s Australian Open on home soil.

“I honestly feel like shit. I feel like I’ve let so many people down. I just don’t know. I feel like I’m playing Tokyo and stuff but I feel like these four tournaments (the Grand Slams) are the only ones that ever are going to matter,” he said.

“It’s just like you got to start it all again. I have to wait ’til Australian Open. It’s just devastating. Like, it’s heartbreaking. Not just for me, but for everyone that I know that wants me to win.”