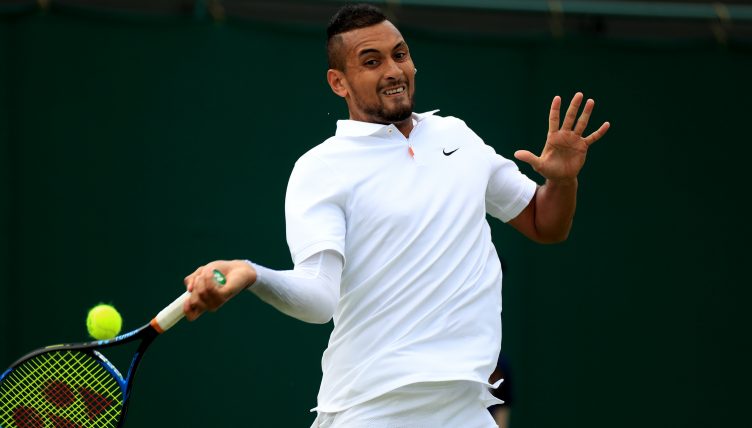 Nick Kyrgios has labelled the decision to allow the Adria Tour to take place as “boneheaded” after Grigor Dimitrov and Borna Coric announced they had tested positive for coronavirus.

Dimitrov was the first to confirm his positive test over the weekend, a day after a sluggish performance in a loss to Coric, who played again on Sunday but revealed on Monday he has an asymptomatic case of the disease.

The series of tournaments have been organised by world number one Novak Djokovic, with the ATP calendar suspended until at least mid-August because of the pandemic.

The second event was held in Croatia, which eased lockdown rules and meant players did not have to socially distance, with photos from the tournament’s social channels showing handshakes at the net at the end of matches.

Kyrgios, the world number 40, wrote on Twitter: “Boneheaded decision to go ahead with the ‘exhibition’ speedy recovery fellas, but that’s what happens when you disregard all protocols. This IS NOT A JOKE.”

Alexander Zverev, one of several top-10 players to compete recently, revealed he had tested negative for the virus.

He wrote on Twitter: “I have just received the news that my team and I had tested negative for COVID-19. I deeply apologise to anyone that I have potentially put at risk by playing this tour.

“I will proceed to follow the self-isolating guidelines advised by our doctors. As an added precaution, my team and I will continue with our regular testing.”

Belgrade in Serbia hosted the opening event before the players made their way to Zadar, where the tournament final involving Djokovic on Sunday was cancelled because of Dimitrov’s positive test.

The world number 19, who reached the Wimbledon semi-finals six years ago, wrote on Instagram: “Hi everyone – I want to reach out and let my fans and friends know that I tested positive back in Monaco for Covid-19.

“I want to make sure anyone who has been in contact with me during these past days gets tested and takes the necessary precautions.

“I am so sorry for any harm I might have caused. I am back home now and recovering. Thanks for your support and please stay safe and healthy. GD”

Coric, a two-time winner on the ATP Tour, said on Instagram on Monday: “Hi everyone, I wanted to inform you all that I tested positive for Covid-19.

“I want to make sure anyone who has been in contact with me during the last few days gets tested! I am really sorry for any harm I might have caused!

“I’m feeling well and don’t have any simptoms(sic). Please stay safe and healthy! Lots of love to all!”