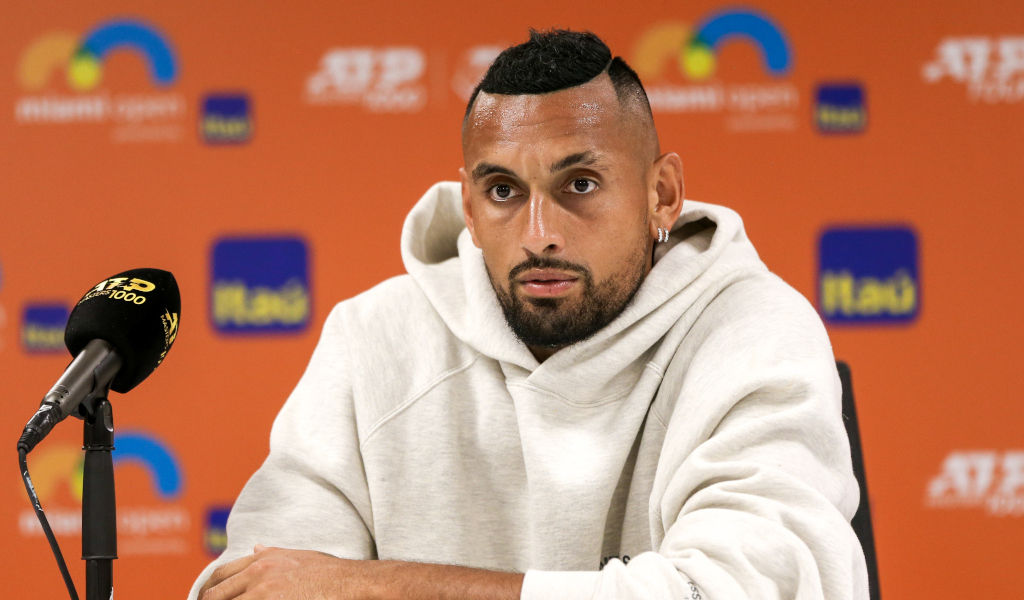 Nick Kyrgios is definitely not shy of controversy or confrontation, which has been especially evident recently as he’s come under fire for his behaviour on court where he has been throwing rackets and swearing at umpires, which has resulted in hefty fines for the world No 77.

However, this unruly behaviour isn’t just reserved for match officials and ball boys but the Australian isn’t afraid to lose his temper in front of Hollywood actors.

Back in March, actor Ben Stiller was watching the quarter final match between Kyrgios and Rafael Nadal at the BNP Paribas Open when the person sat next to him decided to comment on the 26-year-old’s game.

“And there was a gentleman next to me who decided when he started to serve to tell him, ‘Yeah get your first serve in.’ So Nick Kyrgios turns and goes, ‘What do you…Why are you talking to me? Do you play tennis? Are you a good tennis player?’ And the guy’s like, ‘No.’

“And then he looks at me and goes, ‘Do I tell him how to act?’ And I didn’t even quite hear it, so I thought he might have been talking to me – and then that was it, then apparently it went viral.”

For Kyrgios it was a serious accusation that he needed to get the advice of a non-tennis player in order to play well, but for Stiller he was just sat there, smiling, unaware that the Australian Open doubles champion was losing his temper right in front of him, similar to a character in one of his films.