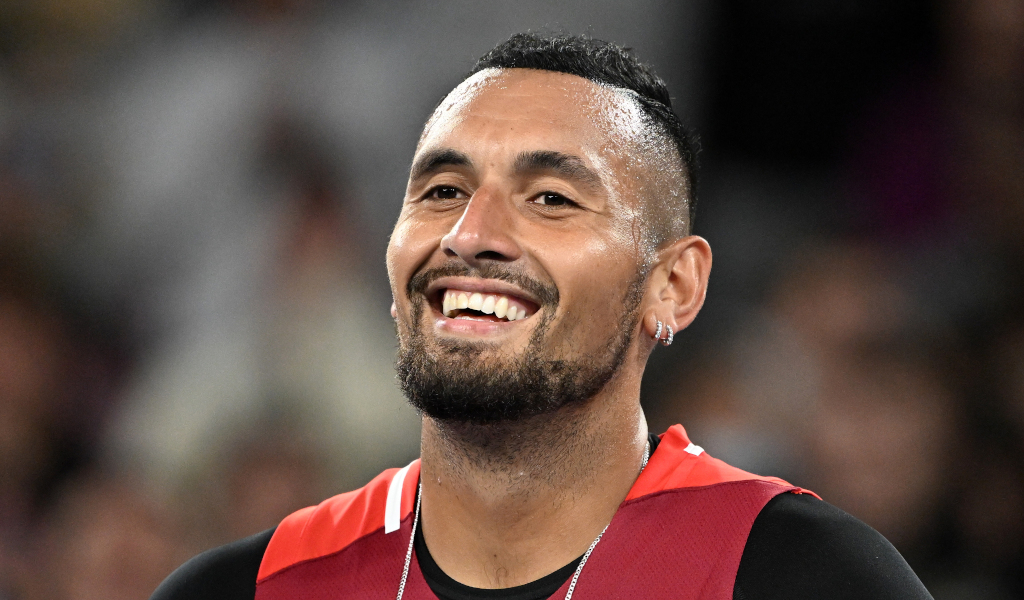 The Nick Kyrgios show returned to the Australian Open as the maverick showman defeated Britain’s Liam Broady in the first round at Melbourne Park.

Kyrgios has recently recovered from Covid-19 and was playing his first match since September, but his full bag of tricks was on show in a 6-4, 6-4, 6-3 victory.

In front of a raucous crowd he set the tone with an underarm serve through his legs in his first service game and continued from there.

It was a difficult role for Broady in his first main-draw match at the Australian Open, but the genial Stockport player looked to be enjoying the experience nonetheless.

“Obviously when I tested positive it wasn’t great news, I had some doubts. But I couldn’t ask for a better team. The last week has been tough. I was lucky enough to have a tennis court just to hit some serves,” Kyrgios told media.

“I don’t know what I’ve done to this crowd because you guys are a zoo, but I’m just super happy to be here again. This is my favourite court in the entire world.”

Broady achieved a long-held goal by coming through qualifying with a fine win over Russia’s Roman Safiullin and will look to continue his push towards the top 100.

Kyrgios showed once again, though, what an extraordinary talent he is, producing a display of clean and powerful hitting a week after being bedridden.

Kyrgios, who paused to sip a fan’s beer on his way off the court, knows he is likely to have to leave John Cain Arena for the first blockbuster match of the tournament in the second round against Daniil Medvedev, the highest-ranked player in the draw in the absence of Novak Djokovic.

And, if he can produce the same type of display, it could be a very uncomfortable assignment for the US Open champion.