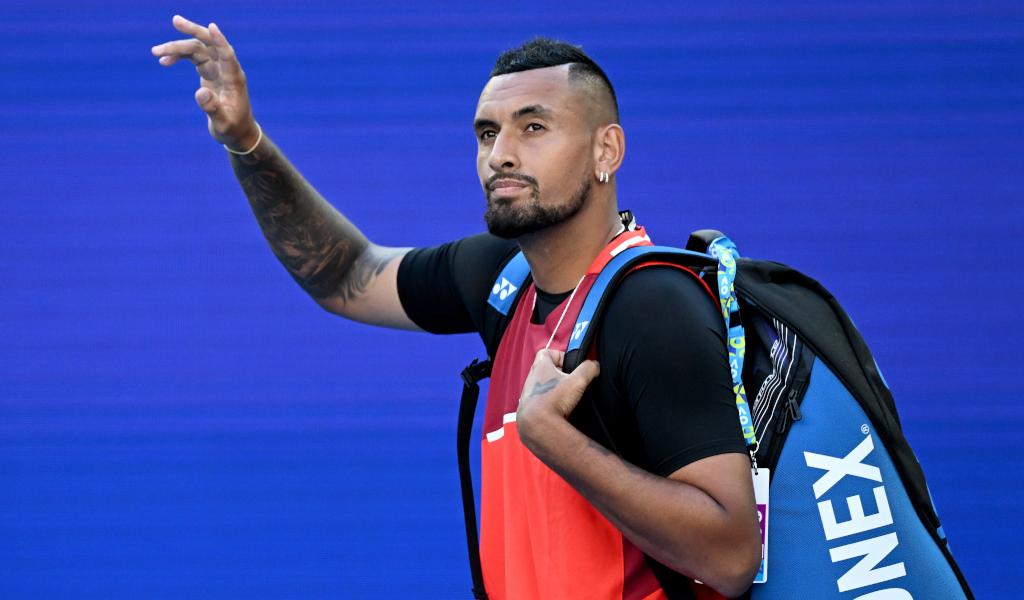 The Nick Kyrgios show is continuing to gather momentum after he stormed into the last-16 of the Miami Open with a straight-sets win against below-par Fabio Fognini.

After his impressive display to blow Andrey Rublev away in 52 minutes in the previous round, the Aussie wildcard showed his confidence is growing as he secured an emphatic 6-2 6-4 win in just over an hour against Fognini.

With the trick shots and unpredictable flashes of inspiration that are so often a part of the Kyrgios game absent in recent weeks, a new focus has taken a player who has long been one of the most captivating in tennis to a new level.

“We all know we have a bit of a dual personality problem out there me and Fabio,” Kyrgios told Tennis Channel afterwards.

“I knew today I had to lock in and let him do the double act. I knew if I came out with some energy and jumped on him early I was going to run with it.

“The way I’ve been playing with it the last couple of matches I can’t ask for much more. I feel like I’m not taking anything for granted. Miami Open, playing well, healthy. I’m going to take advantage of that.”

Kyrgios broke at 4-4 in the second set to wrap up his latest win and he has now won six of his last seven matches in the ATP Tour, as he continues to build on the momentum he gathered from his win in the Australian Open doubles with Aussie compatriot Thanasi Kokkinakis.

Now Kyrgios is climbing the ATP rankings at a rapid rate, with this latest win taking him back inside the top 90 in the world on the live rankings that will be finalised at the start of next week.