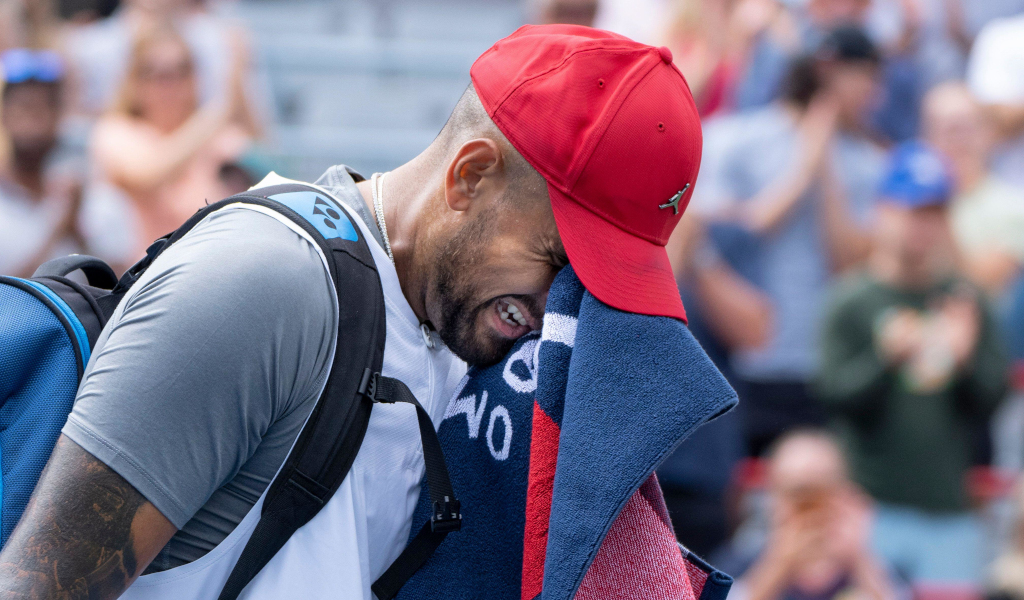 Nick Kyrgios shrugged off his defeat to Hubert Hurkacz in the quarter-final of the Canadian Open as he admitted he has struggled physically in recent days while his mind has also been on his sick parents back in Australia.

The 27-year-old has been in the form of his life as he won 15 of his 16 matches before the Hurkacz encounter with his only defeat in that period coming against Novak Djokovic in the Wimbledon final.

Last week he won the Citi Open singles and doubles while in Montreal he defeated world No 1 Daniil Medvedev and his compatriot and good friend Alex de Minaur en route to the last eight.

The Australian was not too fussed about losing his first singles match in 10 outings as he again opened up about his parents not doing too well.

“I honestly don’t care [about the winning streak ending],” he said. “I have been on the road for nearly three months and I’ve been away from home, away from my mom who is in hospital, away from my dad. They’re not very well at the moment. So I don’t really care about no winning streak.

“When I am on the road I just want to put in good performances and make it worthwhile being here. I don’t care about records and that sort of stuff. I just want to make the most of my trip.

“I’ve got two more tournaments [Cincinnati and the US Open] left before I can go home.”

The third set lasted just 28 minutes and Kyrgios lost his composure after Hurkacz took a long bathroom break in the middle of the decider.

The Aussie explained: “My body hasn’t been feeling great the last week. When you stop playing for five, 10 minutes, it doesn’t help your body. My body was so stiff after that; I couldn’t move properly. My abdominal was hurting. It’s within the rules [toilet breaks], so I’m not going to complain. I just completely stiffened up.”

Kyrgios will face either 11th seed Taylor Fritz of Sebastian Baez in the first round in Cincinnati next week.