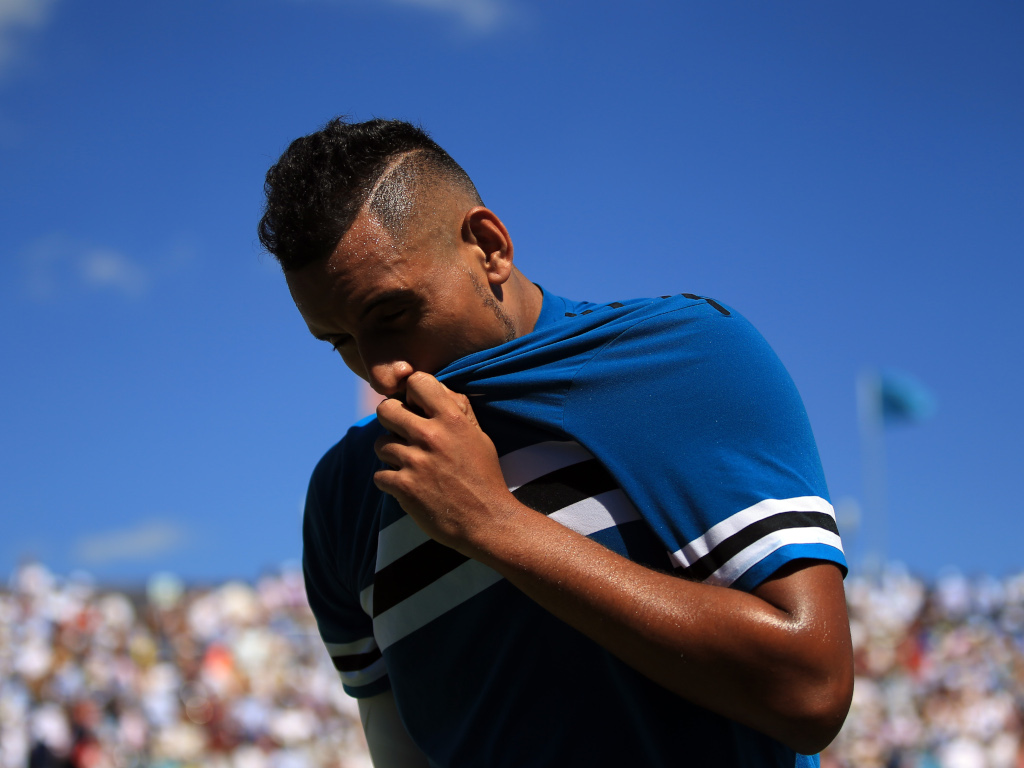 Nick Kyrgios has been hit with a fine for simulating a sex act during his Queen’s Club match against Marin Cilic.

The Australian suffered a two-set defeat to Cilic in the Fever-Tree Championships semi-final on Saturday, but he was caught making an X-rated gesture to his player’s box during a changeover.

The BBC was forced do an on-air apology after several viewers complained and Kyrgios has been hit with a £13,190 ($17,500) fine by the ATP Tour for “inappropriate behaviour”.

It was the second time that the public broadcaster had to apologise for an incident involving the 23-year-old as the world No 21 shouted a string of expletives during his second-round win over Kyle Edmund earlier in the week.