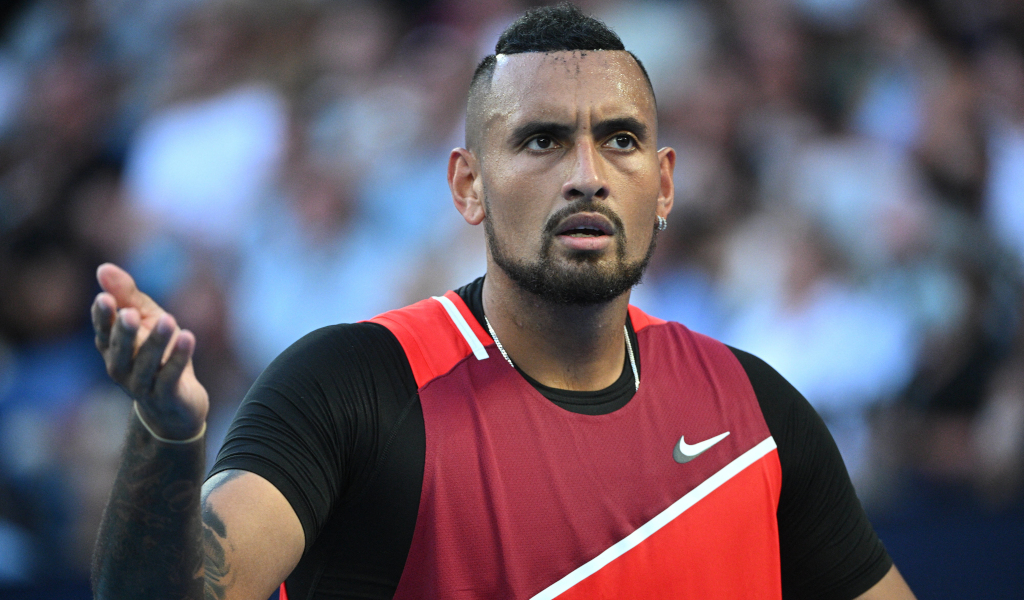 Nick Kyrgios has revealed that he opted to make himself unavailable for Australia’s recent Davis Cup Finals squad as he decided to play in Saudi Arabia to “get many new fans into the sport”.

The world No 22 was not part of the Australian squad that finished runner-up to Canada at the Davis Cup in Malaga, Spain, a fortnight ago.

When an Instagram user called him out for snubbing the team, he replied that he was going to Saudi Arabia for “six figures”.

Australia captain Lleyton Hewitt admitted after the tournament that he did all he can to convince the 27-year-old to play, saying: “I don’t know. You have to ask him. I can’t try any harder.”

Kyrgios will be one of several top players to take part in the Diriyah Tennis Cup where the winner will receive $1,000,000 and the runner-up $500,000.

But the Australian says it is more to do with travelling to new places and getting fans involved.

“I love travelling to places where you don’t know much about tennis, and trying to draw attention to the sport, I think it’s important,” he said via 7Sport.

‘When I retire, I want to know that I have left something and get many new fans into the sport.

“I think it’s a bonus for me to be able to play these matches and I will use the pressure from the match to start ahead of the others at the start of the season.”

World No 4 Stefanos Tsitsipas will also take part and the Greek is seeded top for the event.

Tsitsipas is another who wants to give back to the tennis community in Saudi Arabia.

“I know that the people in Saudi Arabia may not have the opportunity to see tennis players like us very often. So, for sure, I’m going to give it my best. I’m going to have a good time,” the Greek told The National.

“I’m happy they’re introducing a big event like this. And in the heart of Saudi Arabia to give opportunities to citizens from all over the world to explore this beautiful country, through its sports, through its very rich heritage and culture, and through other activities that are available within the country.”

Taylor Fritz, who is the highest-ranked American at No 10, is using the tournament to build for the 2023 Australian Open at Melbourne Park.

“I think it’s going to help prepare for the Australian Open and for the rest of the year because I can start out by playing against the best players in the world,” he said. “The field is so strong, so it’s always great to surround yourself with a lot of great players.”

He added: “People should come to support because hopefully it’ll be a lot of good tennis. Hopefully they’ll be cheering for me to win. They can expect a lot of big hitting, big serving, and hopefully some nice shot-making.”