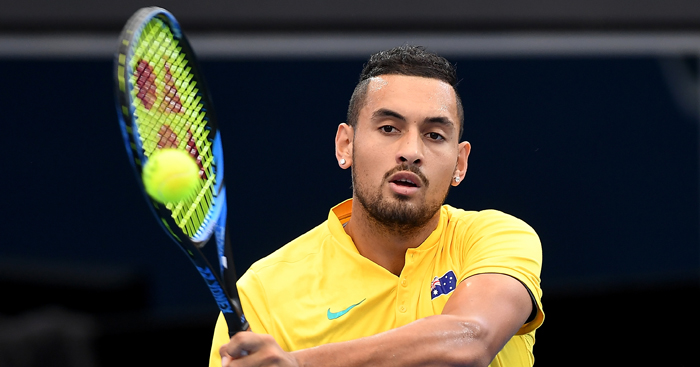 Nick Kyrgios can position himself to become a dominant force in tennis this year, claims countryman Willy Masur.

Names such as Roger Federer, Rafael Nadal, Novak Djokovic, and Andy Murray have dominated the sport at various times over the last decade and more.

However, with all three now in their 30s and, Federer aside, facing problems with injury, opportunity appears rife for one of the younger generation to make a significant breakthrough.

And, according to Masur, the man most likely to do that is Kyrgios.

“I’m backing Nick to have a big year, he’s a phenomenal talent, we talk about the next gen of payers coming through and from a potential perspective, for me, he’s the one,” Masur said.

“But there’s a lot to tennis, there’s the lifestyle, the travel, the training, it’s pretty monotonous and there’s a real process behind it.

“You’ve got to get a lot of things right to absolutely maximise your potential.

“Everybody is on a journey, [Andy] Murray and Djokovic weren’t born into greatness, they worked their way to it.

“It took them a while to settle into their game and comfortable in their own skin and maximise their potential to become grand slam winners and they’ve certainly done a pretty good job of that over the last decade.

“Nick is on a journey and we saw some incredibly positive signs over this summer.

“He’s a top-10 player every day of the week and once you put yourself inside that top 10, anything is possible.”