Nick Kyrgios ‘very misunderstood’, but he will ‘always have your back’, says fellow Australian 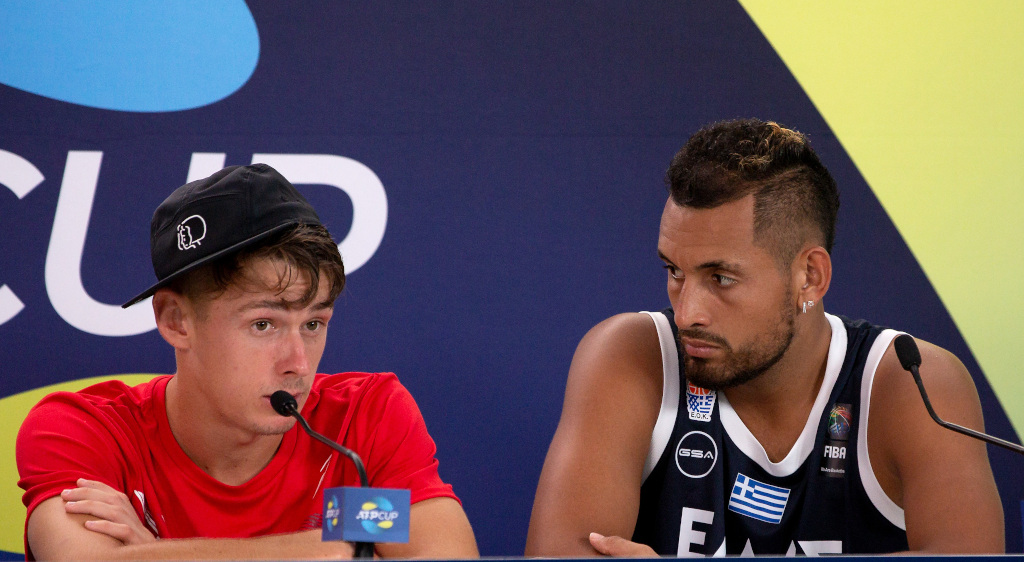 Australian Alex de Minaur has described Nick Kyrgios as “one of the nicest guys out there”, saying his compatriot is “very misunderstood”.

Kyrgios often courts controversy as he is never afraid to voice his opinion on any given subject on social media while he has also hit the headlines for the wrong reasons on the court as he has in the past been accused of tanking.

During an interview on Australia’s Today Show, De Minaur was asked about his relationship with Kyrgios and replied: “Nick’s one of the nicest guys out there.

“He’s that person that’s always going to have your back, no matter what.

“I’ve been fortunate enough to be in Davis Cup ties with him and get to know him better and play side by side with him and he’s one of those guys that has always had a lot of confidence in me and has always, from basically a junior, telling me to believe in myself and to go out there and take it.

“He’s very misunderstood but he’s one of the nicest guys out there and he’ll always have your back.