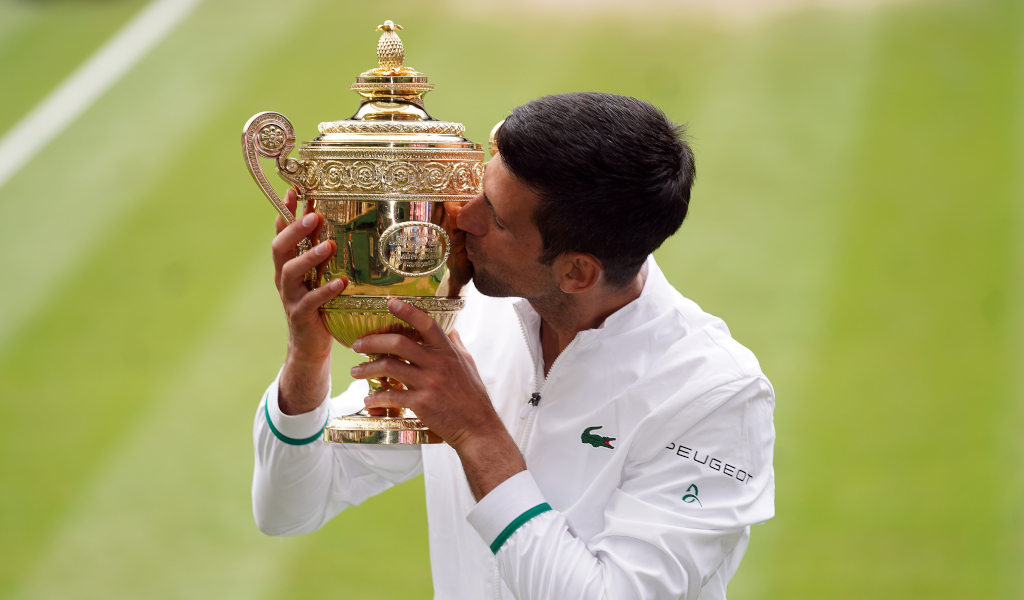 World No 1s Novak Djokovic and Ashleigh Barty and reigning US Open champions Emma Raducanu and Daniil Medvedev are all in the running for gongs at the Laureus World Sports Awards.

Djokovic has been nominated for the Laureus World Sportsman of the Year and he will be looking for his fifth award in the category having also won the titles in 2012, 2015, 2016 and 2019.

A fifth title would see him tie fellow tennis great Roger Federer with most awards in the category.

The world No 1 enjoyed one of the best season in tennis in 2021 as he won the Australian Open, French Open and Wimbledon while he also finished runner-up at the US Open and surpassed Federer’s record of 310 weeks as world No 1.

🙌 It’s official. These are the Nominees for the 2022 Laureus World Sportsman of the Year Award:

Barty has received her first Laureas nomination as she is in the running for the Laureus World Sportswoman of the Year award.

The Australian won her first Wimbledon title in 2021 while she also won the Yarra Valley Classic, Miami Open, Stuttgart Open and Cincinnati Open while reaffirming her position at the top of the WTA Rankings.

✨ Six inspirational sportswomen have been nominated for the 2022 Laureus World Sportswoman of the Year Award. They are:

Raducanu and Medvedev both won their maiden Grand Slam titles at the US Open last year with the British teenager defeating Leylah Fernandez from Canada in the final while the Russian ended Djokovic’s hopes of winning a Calendar Grand Slam.

The Laureus World Sportsperson of the Year with a Disability category features wheelchair tennis stars Diede de Groot from the Netherlands and Shingo Kunieda from Japan.

De Groot completed the Golden Slam in 2021 as she won the Australian Open, French Open, Wimbledon, US Open and gold at the Tokyo Paralympics.