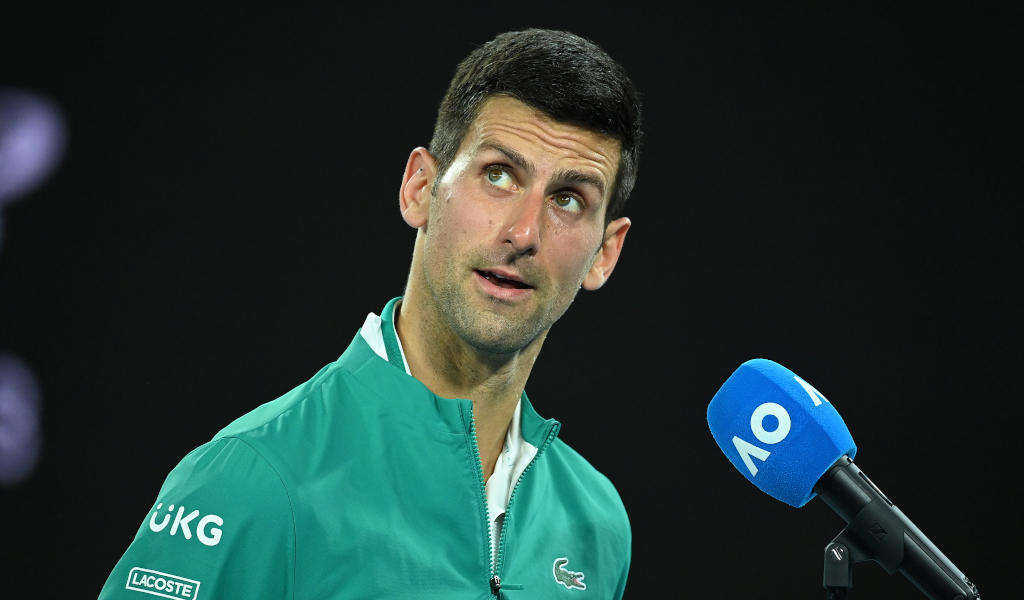 Novak Djokovic says there have been “some positive signs” about competing at next year’s Australian Open while he also discussed his “peculiar” year in a wide-ranging interview.

The nine-time Melbourne champion missed his Australian Open title defence at the start of the year after he was deported from the country due to his unvaccinated status.

Djokovic arrived Down Under with what he believed was a medical exemption to compete, but his visa was revoked before it was reinstated on the back of a court case. However, it was withdrawn for a second time by the then minister of home affairs on “good order grounds” over fears he would stoke anti-vaccination sentiment in the country.

His deportation resulted in an automatic three-year ban from Australia, but talks are underway to get the visa ban overturned.

In an interview with Sportal.blic.rs – translated by Tennis Majors – Djokovic revealed that he is hopeful he will play at next year’s season-opening Grand Slam, but admits the final decision remains out of his hands.

“I hope to have an answer in the next few weeks – whatever that answer might be, but of course I am hoping for a positive one – so that I have enough time to prepare for the start of the season, if that start is going to happen in Australia.”

He added: “I really want to go there, I am over what happened this year and I just want to play tennis, it is what I do best.

“Australia has always been the place where I have played my best tennis, the results speak for themselves, so I am always extra motivated to go there. This time even more, so. I am hoping for a positive answer.”

Djokovic was also unable to compete in the ATP Cup and several other events held in Australia while his decision not to get vaccinated also meant he missed the US Open and the North American hard-court swing.

“For the choices I made, I knew there would be certain consequences like not going to America, and that is it,” he said. “For Australia it was a different case, I had the exception, but in the end it did not work out.

“We know what happened, let’s not go back. This time I am waiting for the permission again. It is a good thing that they have now opened the borders for the unvaccinated foreigners traveling to Australia. I have that ban, I hope it will be lifted. As I said, it is not in my hands, I hope the people in the Australian Government will give a positive answer, that is all.”

Djokovic’s decision not to get vaccinated against Covid-19 and his subsequent deportation from Australia was a major talking point in the world of sport this year.

Some of his colleagues came to his defence, other sat on the fence while some insisted that he should not receive special treatment.

“It was a very interesting year, peculiar,” the 21-time Grand Slam winner said. “I always strive to draw positive things from whatever the experience is, that is part of my character and my approach to life.

“I know that everything that happened in Australia and afterwards – the way people have treated me, which did not feel nice and it is something I have never experienced before in my life – has helped me to learn some valuable lessons.

“Lessons about myself, about life and about the way I should move on in this world, especially in the tennis ecosystem.”

He added: “Many masks have fallen, so to say – throughout this process, it was interesting for me to observe the way some people behaved towards me this year. I keep going, motivated and inspired.

“I love this sport, I love giving it my all in every practice because every day is different, and there is always some sort of excitement, some sort of unknown, it is a challenge.”