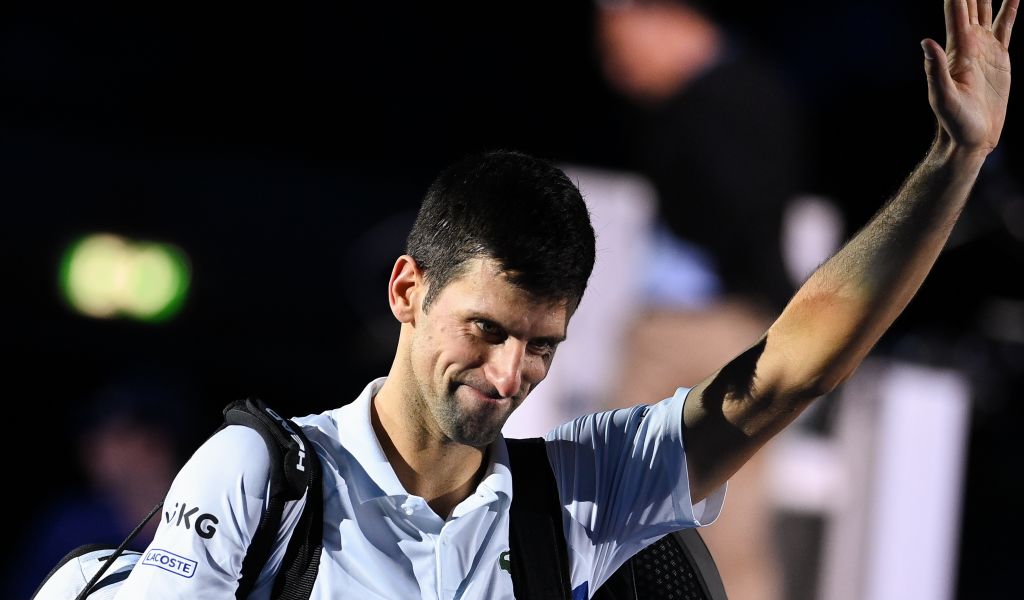 World No.1 Novak Djokovic is about to find himself in the eye of a storm after he refused to confirm whether he will compete in January’s Australian Open following the move by authorities in Melbourne that requires all players to be vaccinated to enter the tournament.

The world number one has previously expressed scepticism about vaccination and now he may be promoted by anti-vax campaigners as a poster boy for their effort if he pulls out of the event on the grounds that he will not take a Covid jab.

While that may be a harsh judgement on the Serbian player who has repeatedly expressed his doubts over whether tennis players should be forced to take the vaccine to play in major events, he now faces a tough decision over what happens next ahead of the first Grand Slam of 2022.

Defending Australian Open champion Djokovic is set to find himself at the heart of the Covid vaccine debate and he was quizzed on the issue after a defeat in his ATP Finals last four match against Alexander Zverev on Saturday night.

When asked about the likelihood of his presence in Melbourne with a brief and non-committal answer of: “We’ll see.”

Pressed further on the subject, Djokovic said: “I haven’t been talking to them. I was just waiting to hear what the news is going to be. Now that I know, we’ll just have to wait and see.”

The 34-year-old spoke out again this week against vaccine mandates, saying: “The freedom of choice is essential for everyone, whether it’s me or somebody else.

“Doesn’t really matter whether it’s vaccination or anything else in life. You should have the freedom to choose, to decide what you want to do. In this particular case, what you want to put in your body.”

Djokovic was speaking after his ongoing quest for a record-equalling sixth ATP Finals title was ended by a semi-final loss to Zverev in Turin.

Zverev, a good friend of Djokovic, hopes the reigning champion will be able to play at Melbourne Park but respects the state of Victoria’s right to set its own requirements.

He said: “This is a very tough one because it’s very political. But we are visiting another country. This is not about tennis. This is about the virus that is going on.

“We need to follow the rules and follow the guidelines. I hope he’s able to play. I’m number three in the world so, if he doesn’t play, it’s easier to win the tournament. This is obvious. Also he’s number one in the world so he should be there.

“Hopefully the Australian government will make an exemption or whatever it is that they can do for him to be able to participate there.”