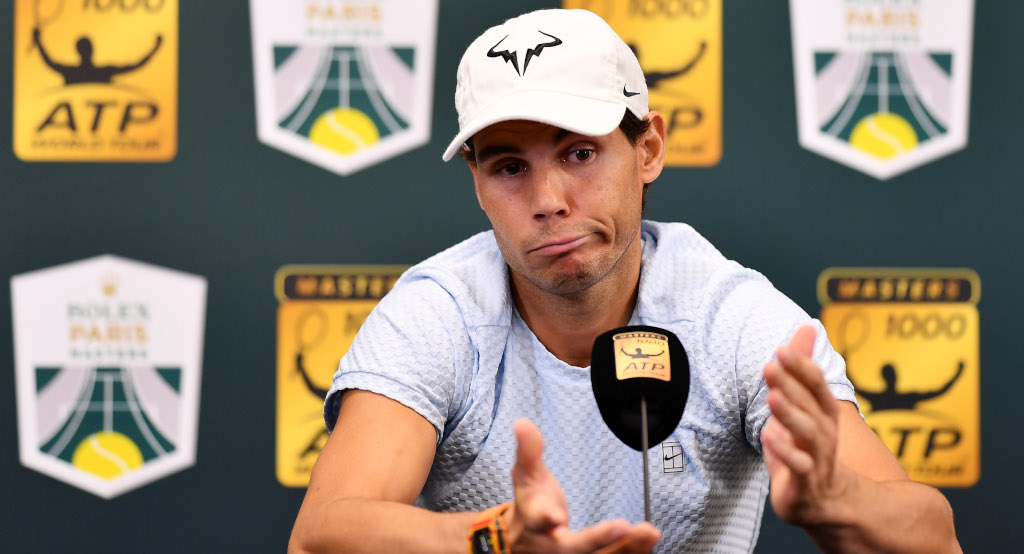 Novak Djokovic will reclaim the world No 1 ranking next week after incumbent Rafael Nadal was forced to pull out of the Paris Masters.

The 31-year-old Djokovic started the tournament knowing that if he bettered the Spaniard’s result in Bercy he would return to the top.

And the Serb won his opening match on Tuesday meaning Nadal had to beat Fernando Verdasco on Wednesday.

However, the 17-time Grand Slam winner withdrew from his second-round clash with an abdominal injury.

“It was great to be here in Paris for a couple of days and practise with the guys,” he said. “I enjoyed it [and] I felt in terms of tennis better than one week ago.

“But in the past few days, I started to feel a little bit [of an] abdominal [injury], especially when I was serving. I checked with the doctor and he said that he recommended to not play, because if I continued the abdominal may break and could become a major thing. And I really don’t want that.”

He added: “It’s been a difficult year for me in terms of injuries, and so I’d prefer to avoid doing anything drastic.

“It wouldn’t have been good for me nor anyone to return to the court knowing that I wouldn’t be able to play my best.”