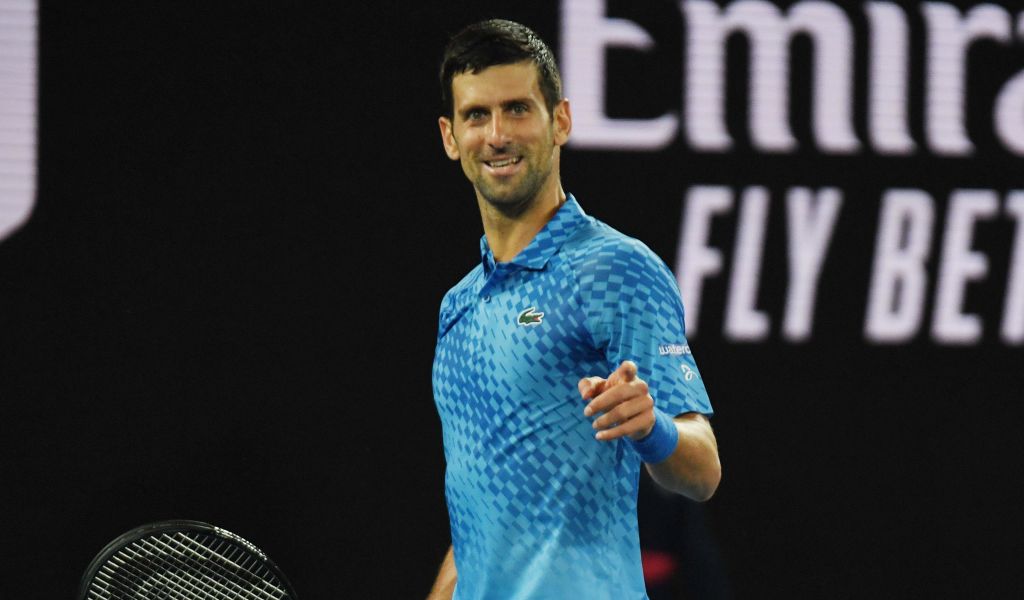 With his left leg still heavily strapped, Djokovic had few problems in putting the Australian away.

Speaking after the match Djokovic revealed that he was eager to get beyond De Minaur without putting too much strain on his injured leg.

“I really wanted to win in straight sets,” Djokovic said.

“You obviously don’t know what is going to happen on the court. I thought the first four, five games was close. After breaking serve in the first set, I started feeling more free and more loose to hit through the ball and be more aggressive.

“I thought he was a bit more nervous towards the end of the second [set] and the beginning of the third set. I thought that was my opportunity to capitalise on those chances.

“Tennis is a very quick and dynamic sport. Things can change in a matter of moments, matter of points. But I kept my focus all the way through and played the best match of the year so far.”

Djokovic’s lack of mobility led to him playing a game that ultimately proved too hot to handle for the Australian.

The once and future World No 1 struck his groundstrokes sweetly and with great depth to make sure it was his opponent who was on the hop.

Djokovic showed his court mastery as he seemingly pulled the younger Aussie around the court and didn’t allow him to become the aggressor.

His big weapon was his down-the-line backhand which De Minaur struggled to lay a racket on when struck well.

In his post-match chat with Eurosport, Djokovic revealed that he is feeling good and hoping that the injury will not flare up.

“Close to I think, there’s not much to say about my performance.

“It was almost flawless really, from the beginning I was locked in.

“I felt great with my leg today, the best I have felt this tournament and I felt more free to move around. I knew what to expect with the crowd, the atmosphere and De Minaur, even though I’d never faced him, I knew what the kind of a game plan needs to be.

“I knew I needed to stay aggressive and take the time away from him because he’s one of the quickest players on the tour. From the beginning to the last point, great, really, really great, I played well so i’m happy.”

Djokovic will face Andrey Rublev in the last eight after the Russian edged Holger Rune in a five-set epic.

READ MORE: Novak Djokovic involved in message in a bottle debacle, but much ado about nothing?