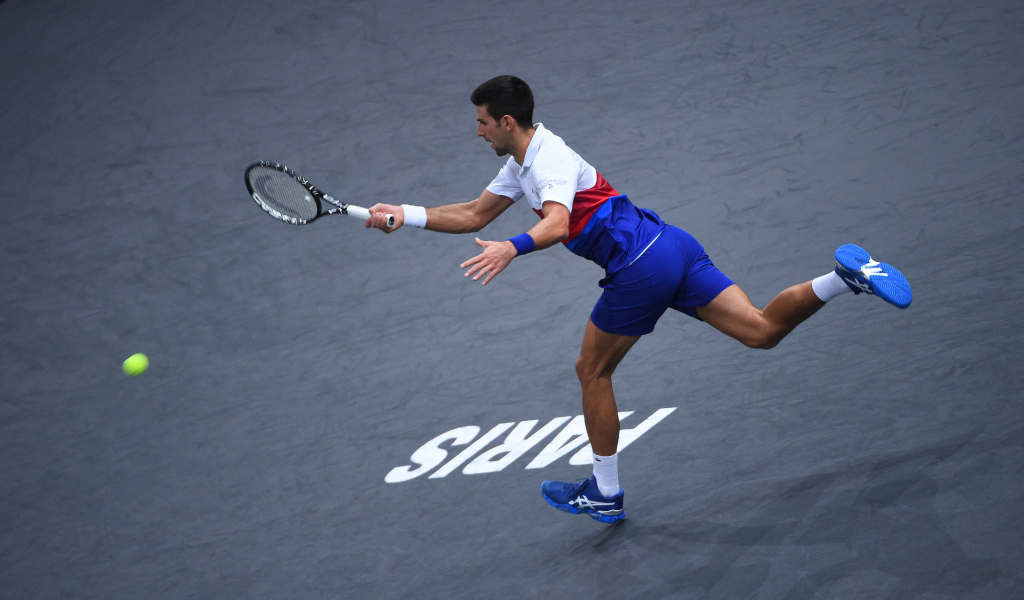 When they met in the US Open final, Novak Djokovic had no answers to the questions posed by Daniil Medvedev so he decided to adopt different tactics for the Paris Masters final and it paid off.

World No 1 Djokovic was blown away by Medvedev at Flushing Meadows in September as the Russian ended his hopes of a Calendar Grand Slam by winning the final in straight sets.

The pair met again in Sunday’s ATP Masters 1000 final in Paris-Bercy and this time the Serbian produced a better game plan, prevailing 4-6, 6-3, 6-3 to win a 37th Masters title.

Djokovic mixed things up by going to the net and it proved to be a good strategy.

“That was definitely part of the tactical plan and strategy, you know, to try to take away the time from Daniil, mix it up, put some variety in my game, play serve and volley and open the court, because he stands really far back, so, you know, he puts a lot of returns back in play,” the 20-time Grand Slam winner revealed.

“As I said previously, he’s just so good in staying in the point and making you suffer and forcing you to do an unforced error.

“So, you know, you have to have, in a way, a controlled aggression against him. I managed to do that. I managed to have quite a good success rate on the net, particularly in those serve-and-volley points when I was trying to take away, as I said, the time from him.

You know, I wanted to keep him on his toes, that he doesn’t know what’s coming up next, to be a little bit unpredictable. You need to do it against him, he likes the pace, he likes the tempo. Doesn’t work always, but I think this is the right game plan.”

Djokovic was also asked about Medvedev’s game and he had nothing but praise for the world No 2, whom he sees as his biggest rival at the moment, saying the Russian will eventually get to top spot in the ATP Rankings.

“Big serve and just moves very well for his height. There are no holes in his game right now,” he said. “I mean, both forehand and backhand are very solid. Just running forehand, forehand from mid court, something that probably wasn’t his forte in the past, now he has improved a lot.

It’s just he always makes you play. You know, he has a way to come back to the point from really difficult positions. So, you know, for someone of his height, the movement and the defense is fantastic. And also, he has improved in his aggressive style. So he takes the ball and comes to the net, and his volleys have improved as well which was maybe his weakness in the past.

“Yeah, he’s one of the guys that you see, where you see the commitment and devotion to every day training and trying to perfect his game. He’s a very smart guy also and nice guy. Tries to maximize his potential.

“He’s a complete, all-around player. Obviously with his flat shots that he has, clay is the less-suitable surface to him, but I’m sure he’s going to do his best to improve even there.

“He’s closing into on the world No 1 rankings. I’m sure he’s going to get it eventually, and when he does, it’s completely deserved, because he’s the leader of the next generation of players, where you have [Alexander] Zverev, Dominic Thiem, [Stefanos] Tsitsipas, [Andrey] Rublev, these guys. You know, they are already there. They are challenging the three of us old guys, and we’re going to try to hang in there and win big tournaments along with the young generation.”