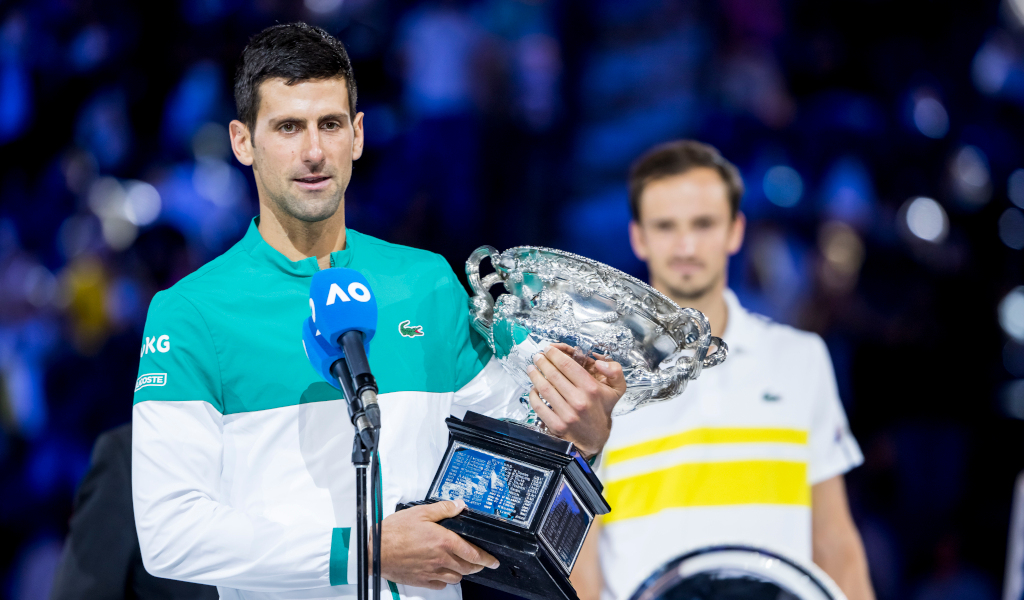 Novak Djokovic is preparing to make his return to action next month and he has found the best practice partner imaginable after spending time on court with Daniil Medvedev in Nice.

The top two players in the ATP rankings met in last month’s US Open final, as Djokovic came up short in his attempt to complete a calendar Grand Slam of all four major titles.

Yet the strong respect between Djokovic and Medvedev has not been shaken by that match, with the world No.1 stepping up his plans for a return to action by hitting with Medvedev at Patrick Mouratoglou’s stunning tennis Academy in Nice.

The star-studded occasion was completed as France’s World Cup-winning head coach Didier Deschamps joined the party in the south of France, with the trio posing for a photograph that was posted on the Mouratoglou Academy social media channels.

‘Only legends will understand’ 😉

Djokovic is set to play in the Paris Masters event that gets underway on November 7th and is then expected to play in the ATP Finals in Turin and the David Cup to complete his year.

Doubts remain over whether Djokovic will play in January’s Australian Open, as issues over quarantine continue to dominate the tennis agenda away from the court.

“The main problem is that if you are on a plane with a person who is positive, whether you are vaccinated or not, you automatically have to go to the room for 14 days,” said Djokovic in an interview with Blic.

“That happened to Viktor Troicki in January this year. Not only him, but also 70 players had to be quarantined. I talked to a lot of players and that is something that everyone has a bad memory of.

“I would like the players to unite a little more, whether through PTPA or something independent or through ATP or WTA, just so that in some way we are relevant in some decision-making process.

“Now, I feel like the players aren’t aware about anything at all. Which isn’t much different from the past of how things were done, not just for Australia but for many other tournaments in general, not to go into details now. I don’t know if I’m going to Australia, I don’t know what’s going on. Currently, the situation is not good at all.”