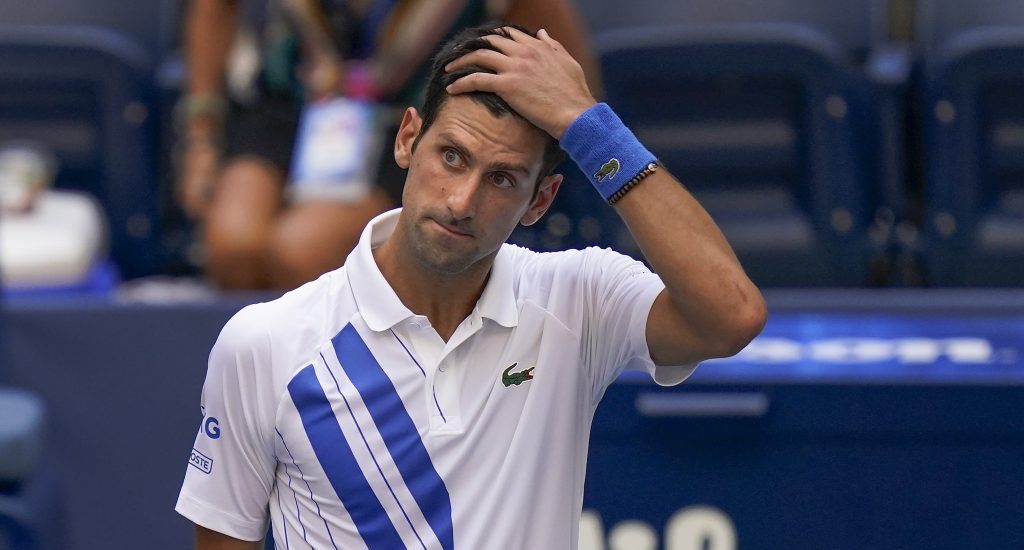 Novak Djokovic says that he deserved his warning for swearing in his Rome Masters semi-final against Casper Ruud on Sunday.

The world number one has struggled to keep his anger under control this summer.

He was defaulted from the US Open after hitting a female line-judge with a ball, and he smashed a racket during his quarterfinal in the Italian Open.

This time it was his mouth, not his racket, that got him into trouble though, as he was warned about his language after a series of disagreements with the umpire over line-calls.

“I deserved the warning,” Djokovic said. “I didn’t say nice things in my language. I had a couple of disputes with the chair umpire with those calls.

“As I understood, I was three out of three right, but doesn’t matter. Everybody makes mistakes. It’s fine.

“It was a kind of the heat of the battle. There is a lot of intensity on the court. A lot of pressure for him, for both players.

“It’s kind of whatever happens, happens.”

Casper Ruud, though, says he saw no problem with the Serbian’s outburst, and insisted the passion should be applauded.

“Some players, or especially Djokovic, [are] very passionate,” Ruud said. “Some players just by nature can show more emotions than other ones. That’s part of the game.”