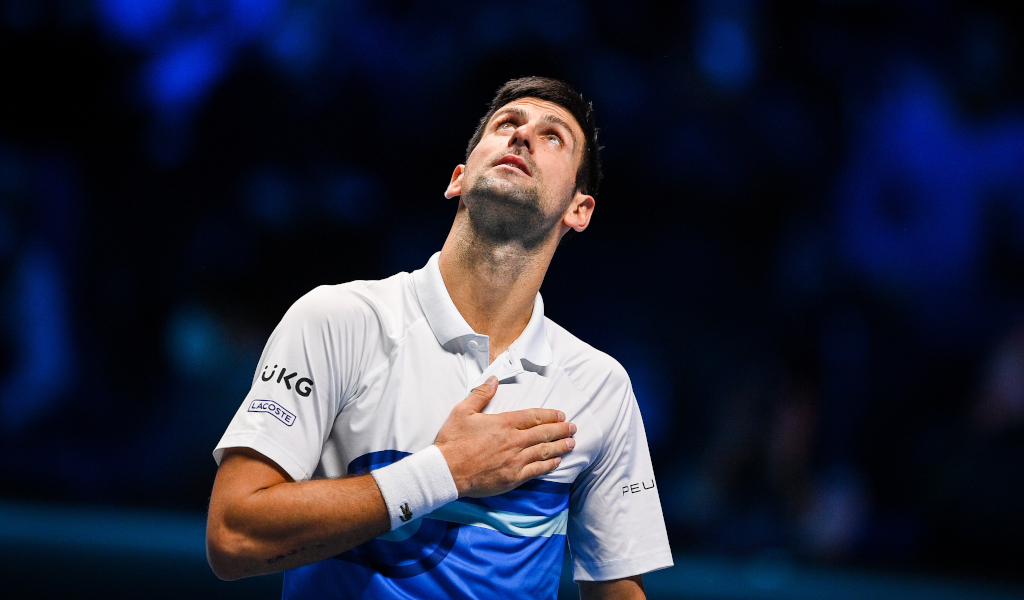 Novak Djokovic may be one of the greatest players of all-time, but the adulation he openly admits he craves from tennis fans has not always come his way.

Boos and jeers have often been directed at Djokovic when he has played against his great rivals Roger Federer and Rafael Nadal, with the Serbian admitting he has been frustrated by the treatment he has got down the years.

Djokovic was emotional at the end of the US Open final in September, as he lost to Daniil Medvedev and admitted the ovation of the New York fans meant as much to him as any victory in his magnificent career.

“I would like to say that tonight, even though I have not won the match, my heart is filled with joy and I am the happiest man alive because you guys made me feel very special on the court,” he said after the match.

“You guys touched my soul. I have never felt like this is New York. I love you guys. Thank you so much for your support and everything you have done tonight for me. I love you and I will see you soon. Thank you.”

They were heartfelt words from the world No.1 and now Eurosport expert and former French Open finalist Alex Corretja has claimed Djokovic will soon become a fans’ favorite around the world.

“I think in a way, Novak is a little bit misunderstood all the time. I don’t know if it is because of his character. Probably when he’s on court, he’s doing things that people pretty much don’t understand,” said Corretja.

“He deserves all the credit because for me, he’s just giving us so much, on court and off court, that I can only say thank you to him like Roger and Rafa what they bring to our sport.

“Roger is elegance. He is like, sweet. Everything comes natural. And Rafa is like, the biggest fighter of the whole history, probably.

“And he’s not thinking like, ‘oh I can’t break the racket because I’m in the middle of 25,000 people and millions watching on TV.’ He just lets his emotions out.”