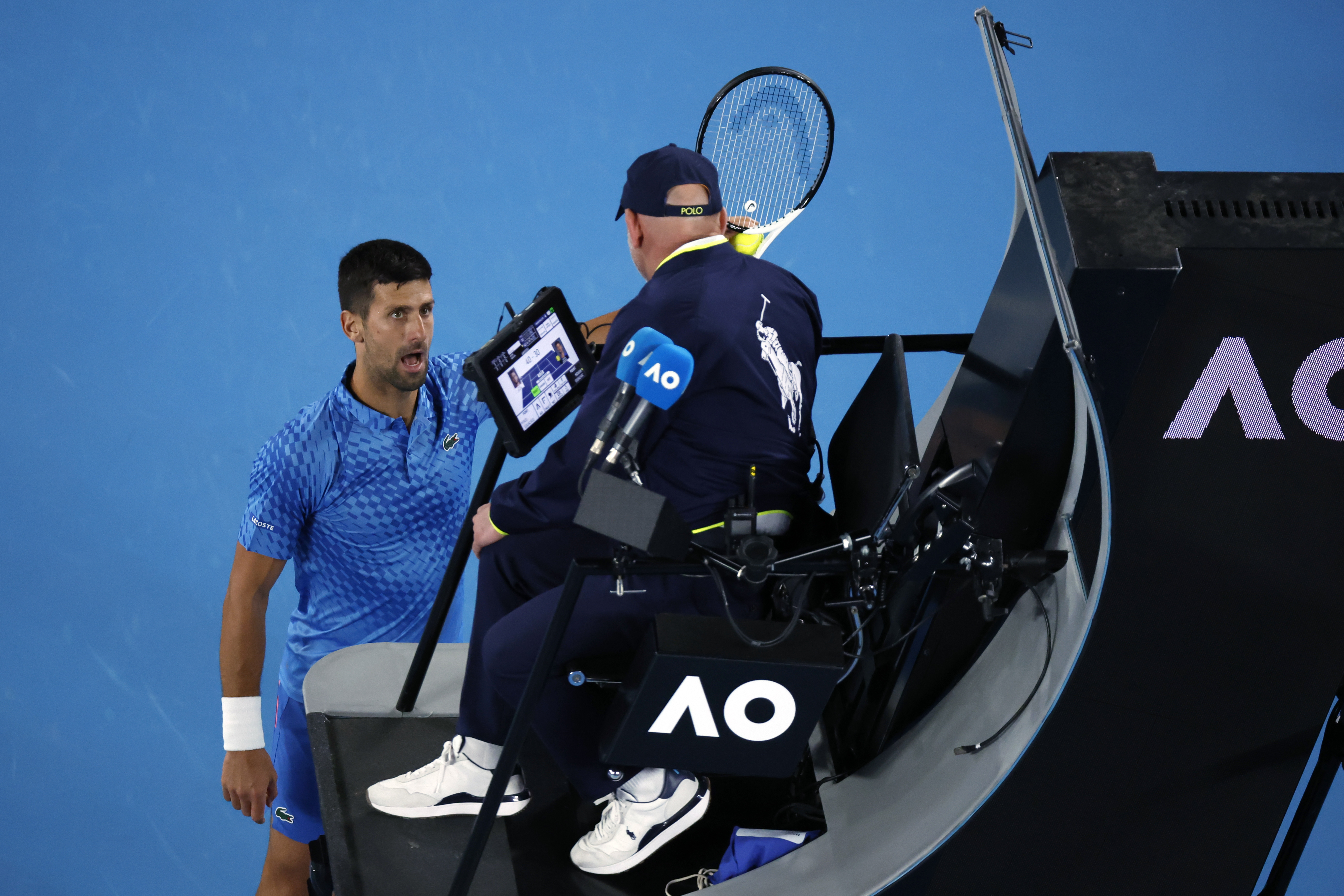 Novak Djokovic hit out at a disrespectful fan at the Australian Open and claimed he was ‘trying to provoke’ me amid a dramatic win against Enzo Couacaud.

Djokovic had a lengthy and heated exchange with umpire Fergus Murphy as he asked for the offensive spectator to be removed, but the Irish official struggling to placate the nine-time Australian Open champion.

“The guy’s drunk out of his mind,” Djokovic said to the umpire. “From the first point he’s been provoking me. He’s not here to watch tennis, he just wants to get in my head.”

The Serbian went into further detail in his post-match press conference, as he accused the spectator of trying to put him off his game.

Djokovic said “the super majority of people are always respectful”, but he went on to suggest those who go too far need to be removed from stadiums.

“What I have a problem with is when somebody‘s crossing the line – numerous times,” he continued.

“From the very beginning, guys that were under the influence of alcohol, it was obvious, and I was grabbing my towel very close to them, particularly one guy, you heard his voice various times tonight, was insulting me and provoking me and saying things that were not respectful at all.

“It‘s just unnecessary because why should we as players be put in a position where we have to always react when it‘s been two hours. It’s not been 10 minutes. This is what I mind, and this is why I felt the need to go out there because I had enough, you know?

“I can tolerate five, six times somebody telling me something, but there is a limit. That limit was crossed, and I stepped in and I asked the chair umpire, is he going to do something about it or not? He did, and I thanked him.”

Djokovic’s refused to go into detail over the extent of his hamstring injury in his post-match press conference, but he admitted he is fearful of not being able to continue to play at the Australian Open.

“I know matches are only going to get tougher for me from here.

“Two years ago I had kind of similar circumstances here in Australia with a different muscle where I had a tear and I had to deal with that. Somehow I pushed it through and won the tournament.

“But it’s different now, obviously. I don’t know how my body’s going to react. I hope for the best. I hope for the positive outcome. I’ll take it day by day, match by match, and see how it goes.”

The Serbian came into the tournament with the injury having sustained it playing in Adelaide a fortnight ago.

He eased through his first-round match against Roberto Carballes Baena and said afterwards that his leg was improving, and there appeared to be no alarms in the first set, with Couacaud the cause for concern after rolling his ankle.

But, during the second, Djokovic started to show signs he was feeling the injury, calling for the trainer at 4-5 and heading off court.

The Serb has a reputation for managing apparently miraculous recoveries from physical ailments, winning the title here two years ago after tearing an abdominal muscle for example, but he was certainly not moving anywhere near his normal levels and pulled up several times while running.

He managed to find a way through this one despite losing a second-set tie-break he seemed to be in control of, but there must be serious question marks about his chances of winning a 10th title in Melbourne.