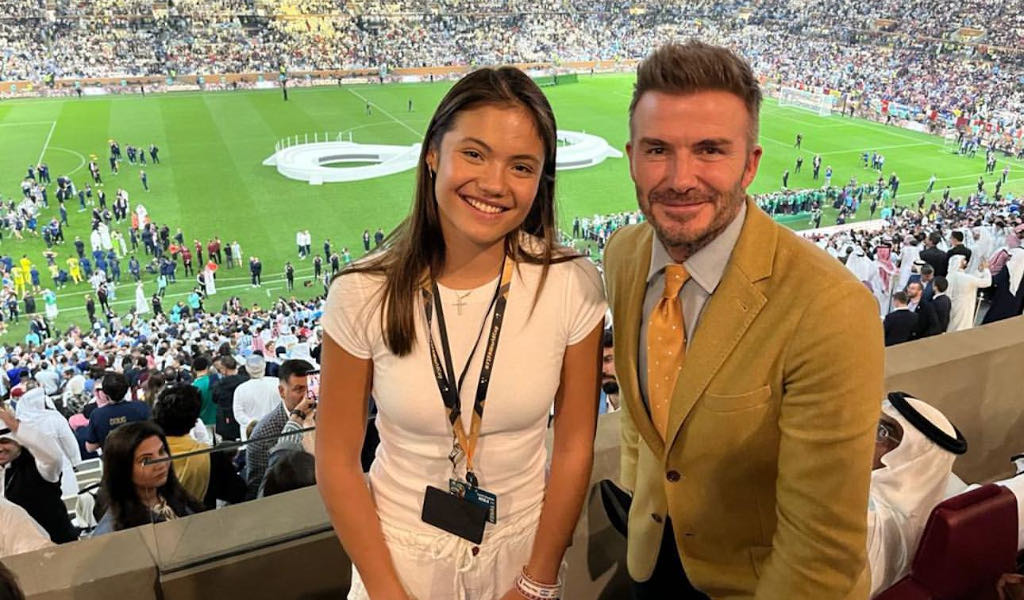 The who’s who of the tennis world enjoyed the 2022 Qatar World Cup final as Novak Djokovic and Emma Raducanu attended the showpiece match while the latter also met footballer David Beckham.

Argentina took on France in an exhilarating final at the Lusail Stadium on Sunday and it was the South Americans who emerged victorious as their inspirational captain Lionel Messi led them to a third World Cup title.

Tennis great Djokovic was seen attending the spectacle alongside France international Paul Pogba, who missed the tournament due to injury, as well as former Sweden international Zlatan Ibrahimovic and MMA fighter Khabib Nurmagomedov.

Raducanu, fresh from taking part in an exhibition tournament in Abu Dhabi over the weekend, also attended the match and managed to meet former England captain Beckham.

“@emmaraducanu, so good to see you. What a game,” Beckham wrote in an Instagram Story. 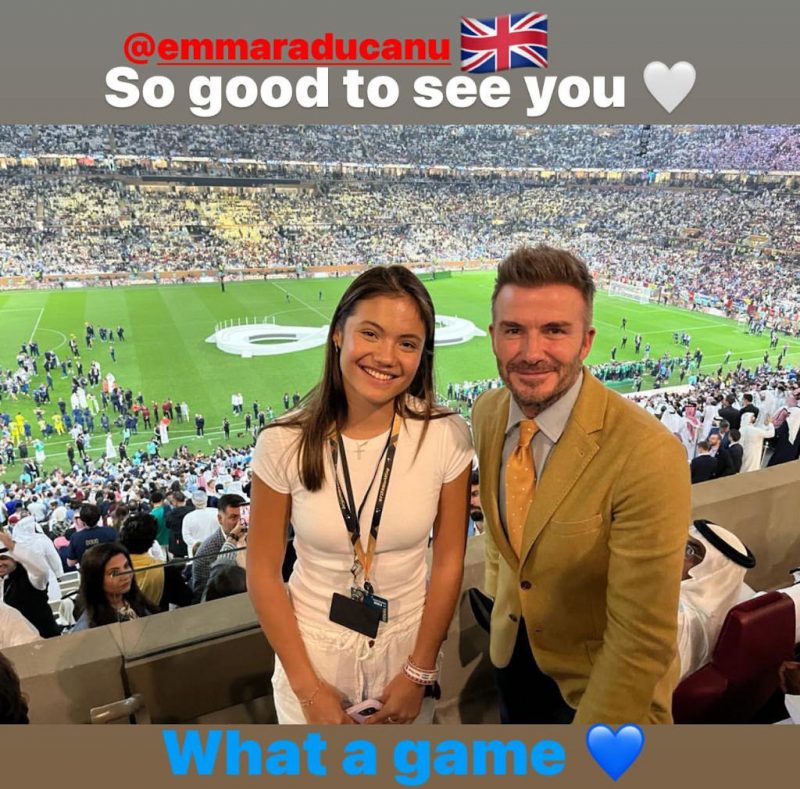 Raducanu herself posted a video of Messi lifting the World Cup trophy.

The final finished in a thrilling 3-3 draw with Messi scoring twice – one penalty and one during extra time – while his PSG team-mate Kylian Mbappe notched up a hat-trick, including two penalties and an equaliser two minutes before the 120 minutes were up.

Argentina then went on to win the penalty shootout 4-2 with Messi crowned player of the tournament with many believing it settled the greatest of all time debate (GOAT).

Rafael Nadal also took to Instagram to pay tribute to the world champions, writing in an Instagram Story with a picture of Messi: “Congratulations Argentina 🇦🇷⭐️⭐️⭐️🇦🇷”

“Happy for so many Argentinian friends. Enjoy it champion.”

He also congratulated France on their “great World Cup”.

Of course tennis’ Argentine contingent enjoyed their football team’s great moment with Diego Schwartzman, who attended matches earlier in the tournament, going with the simple: “🇦🇷🇦🇷🇦🇷🏆🏆🏆”

Former US Open champion Juan Martin del Potro had been very active on Twitter throughout the event and he went a little nuts.

“THANK YOU FOR THIS GREAT JOY YOU GAVE US!!!

“THE PHOTO THAT EVERYONE NEEDED TO SEE!!! 🙏🇦🇷

And of course Del Potro replied: “Happiest country in the world 🇦🇷🙌”

Former world No 1 and two-time Grand Slam champion Victoria Azarenka wrote: “Martinez you are a boss.”