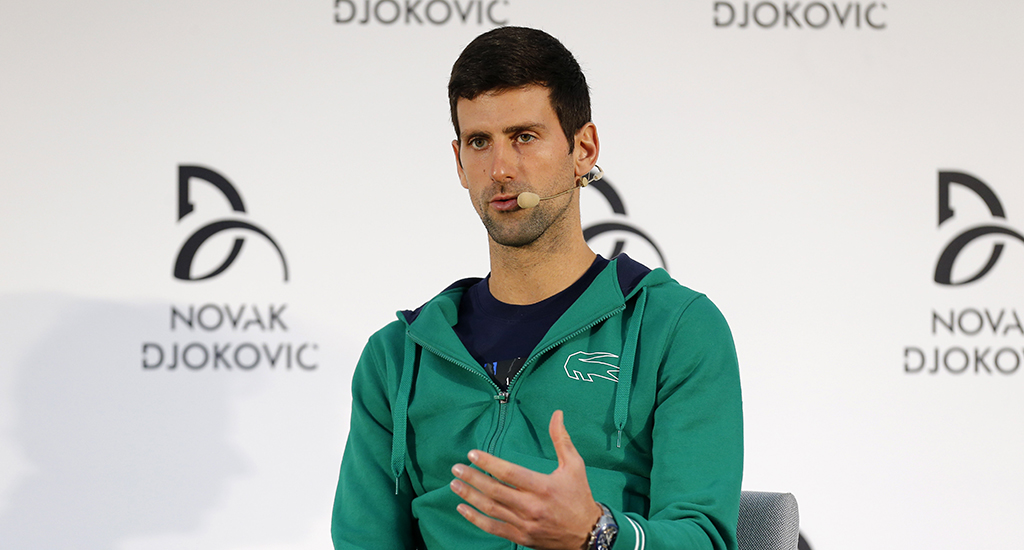 World No 1 Novak Djokovic believes we could soon start seeing competitive tennis again, but says it is likely to be regional tournaments that offer no ranking points.

Tennis has been on a hiatus since early March due to the coronavirus pandemic and the powers that be have pencilled in July 13 as a possible return date.

However, officials have admitted that there are no guarantees that the sport will get underway again in mid July while others have suggested there won’t be any action for the remainder of 2020 or until a vaccine becomes available.

Djokovic admits it is complicated to restart the tour, but feels we could have regional events that offer prize money, but no ranking points.

“I think there will be more regional prize money tournaments. I think this is what’s going to happen very soon,” he said during an Instagram live chat with Fabio Fognini.

“I don’t know what’s going to happen with quarantine. Spain, Italy, and all the other countries in the world will probably have different models (to come out of it).”

He added: “It will be difficult to start the tour because our tour is every week in different countries.

“So I think there will be regional prize money tournaments, but probably not (rankings) points at the moment because it’s very complicated.”