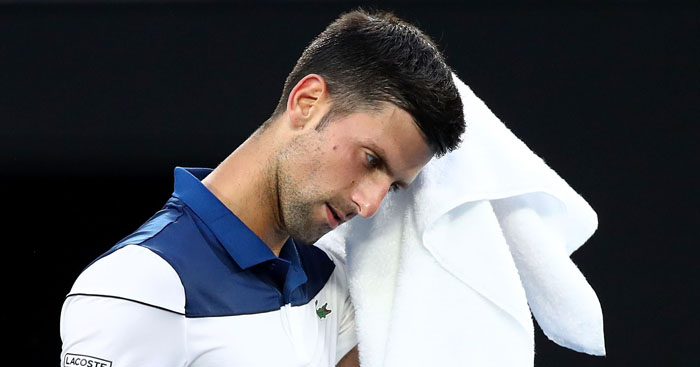 Novak Djokovic could be out of action until May, claims his father.

Speaking to the Serbian media, Srdan Djokovic suggested that fans may need to wait until clay court season to see the former world number one on a tennis court again as he attempts to recover from an elbow injury.

“Rehab is going well and, God permitting, he will soon start to play. I expect him at the clay Masters in May.” Srdan said.

However, a contradictory report has also appeared in the Serbian media, via Mondo, which claims Djokovic could be back much sooner than that.

Citing ‘a source close to the Djokovic camp’, Mondo claim ‘he will most likely to skip Acapulco and Indian Wells, and play in Miami’.

It’s worth noting, however, that according to his Djokovic’s own official website, he is still down to compete at both American masters events next month.