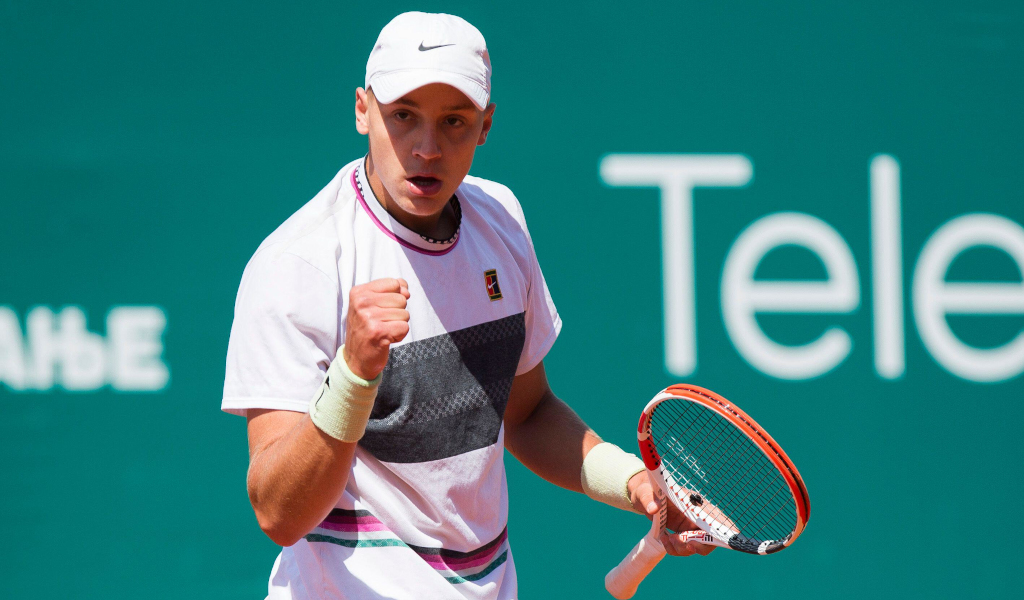 One of Serbia’s most-promising tennis players Hamad Medjedovic recently won his maiden ATP Challenger Tour title and his father admits it would not have been possible without the “financial, mental and social” support from one Novak Djokovic.

While Djokovic was en route to winning a seventh Wimbledon title, the 19-year-old Medjedovic claimed the biggest title of his career as he beat Zhizhen Zhang from China in straight sets to lift the Challenger trophy in Luedenscheid, Germany.

“Fantastic feeling! I am very satisfied and proud of what has been done,” the young Serbian told Sportal. “I played very well and reached the final from the qualifiers.

“Amazing experience, I beat players who are ranked much higher than me. Everything was great and to be honest I surprised myself.”

Medjedovic has been training at the Novak Tennis Center in Belgrade and unsurprisingly the founder of the academy was the first to phone him after his victory.

“I’ll tell you, Nole is playing in the fourth round of Wimbledon, but when I picked up the phone after winning the Challenger, I saw that his message was the first to arrive,” Medjedovic revealed.

“He recorded a minute-long voicenote and congratulated me. He said he was glad I won the title. He’s like that. Legend. Always accessible, you can ask him for advice, he wants to help, listen.

“I was also at a mini-preparation with him in Ulcinj before he left for London. He likes to go to Montenegro, so he often invites me to train together and do mini-preparations. It’s always an honour when he calls me.”

“Novak is really trying hard for Hamad. In all ways: financially, mentally and socially,” he revealed.

“I remember another conversation with Novak. Then we specifically talked about the steps in Hamad’s career. And here, I’ll tell you honestly, I pinched myself during that conversation to convince myself that all this was happening. He was giving me ideas, what to do about Hamad, and I remember saying to him: ‘Nole, I’m sorry, but it all costs money!’ He continued, suggests a coach to me, talks about how we will do it, what we will do and adds: ‘It’s up to Hamad to train, I’ll do the rest!’ I told him again: ‘Nole, it costs money!’

Eldin continued: “Then Novak told me: ‘Edo, I don’t do this for money! I have a place where I earn money. Simply, my role and my task is to help. What kind of person would I be if I didn’t help children who deserve it, who love tennis, still getting results, help?’ I listen to him, and he adds: ‘You know what we’re going to do? Tomorrow, when Hamad succeeds, you will also take someone whom you will help!'”

And Djokovic kept his word as he paid for all of Hamad’s expenses.

“During the whole year 2021, all coaches, complete trips, hotels, plane tickets, physiotherapists, masseurs, preparations that they went to together, we did not pay a dime for anything,” Eldin said. “And that’s not a small amount of money in the world of tennis. That’s a really big sum. One coach costs a lot, so where are the conditioning coach, physiotherapist, courts…

“Imagine the best in the world calls my child to go to training together. Imagine that! It would be like [footballers Cristiano] Ronaldo or [Lionel] Messi calling you and saying: ‘Let’s play football!’ or ‘Call me if you need anything!’ Those things seem a little foreign in today’s time, but thank God there are people for whom money is not everything, but humanity.”

Hamad, who beat the likes of former world No 16 Marco Cecchinato and former world No 38 Nicolas Jerry en route to lifting the title in Germany, climbed to a career-high of No 259 after his title run.

He hopes to continue his steady progress over the next few months.