Novak Djokovic: Reaching the final is a special moment for me 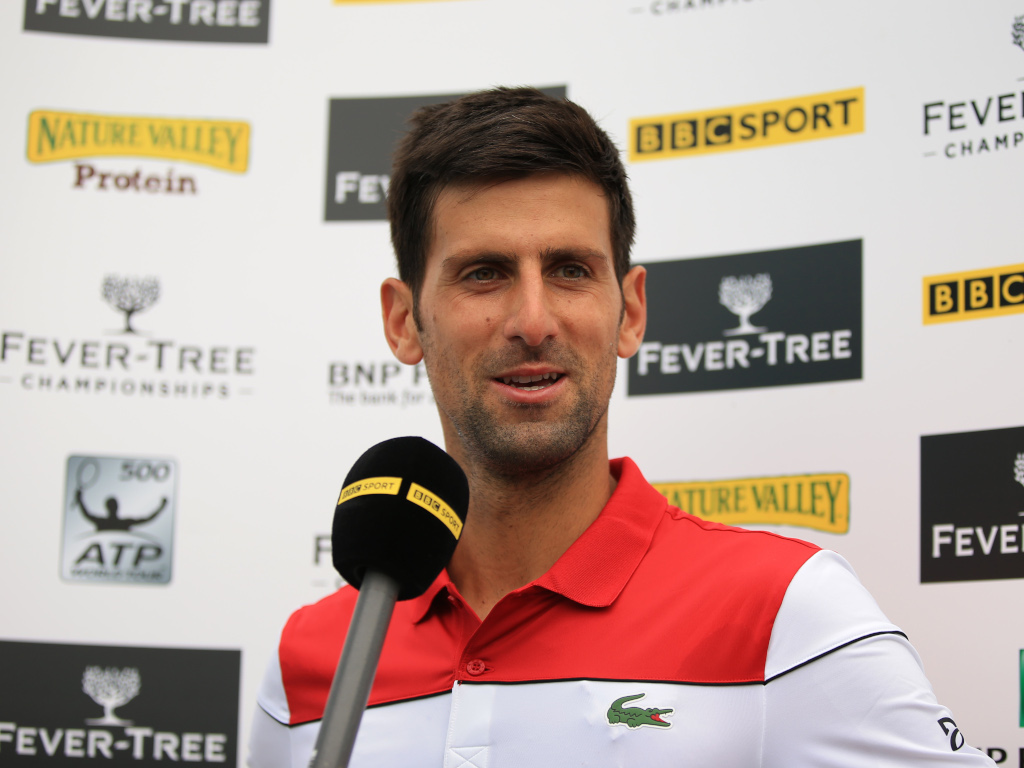 Novak Djokovic’s hard work is paying off as he reached his first final in nearly a year.

The Serb last played in a final and won a trophy at Eastbourne in July 2017 and he will get a chance to make sure he doesn’t go a full year without a title when he takes on Marin Cilic in the Fever-Tree Championship final on Sunday.

The 12-time Grand Slam winner booked his place in the showpiece match after he claimed a 7-6 (7-5,) 6-4 victory over Jeremy Chardy.

“It is a special moment for me. Obviously I have been hoping to get here and working hard for it,” he said.

“So now that I get a chance to fight for a trophy in one of the biggest tournaments in the grass-court season, it means a lot to me. I’m really pleased with the way I have played throughout the whole week.”

Defending champion Cilic, meanwhile, came through two tie-breakers against Nick Kyrgios, winning 7-6 (7-4), 7-6 (7-3) to secure his spot in the final.

Djokovic is wary of the Croatian as he feels Cilic is in the form of his life.

“It’s quite different playing him on grass. We have played in Wimbledon, but he’s just a different player,” he said. “In the past couple of years he’s been in the form of his life and reaching his highest [ATP] Ranking in his career… he’s probably been playing the best that he’s ever played.”

He added: “I think the key will be obviously try to return well, because that’s his biggest weapon, his serve. He uses it so accurately on the grass.

“And obviously trying to get as many free points on my own serve [as I can].

“It’s easier said than done, but I’m going into [the] final knowing that it’s going to be a really tough match for me, but a great challenge and I’m working for it.”