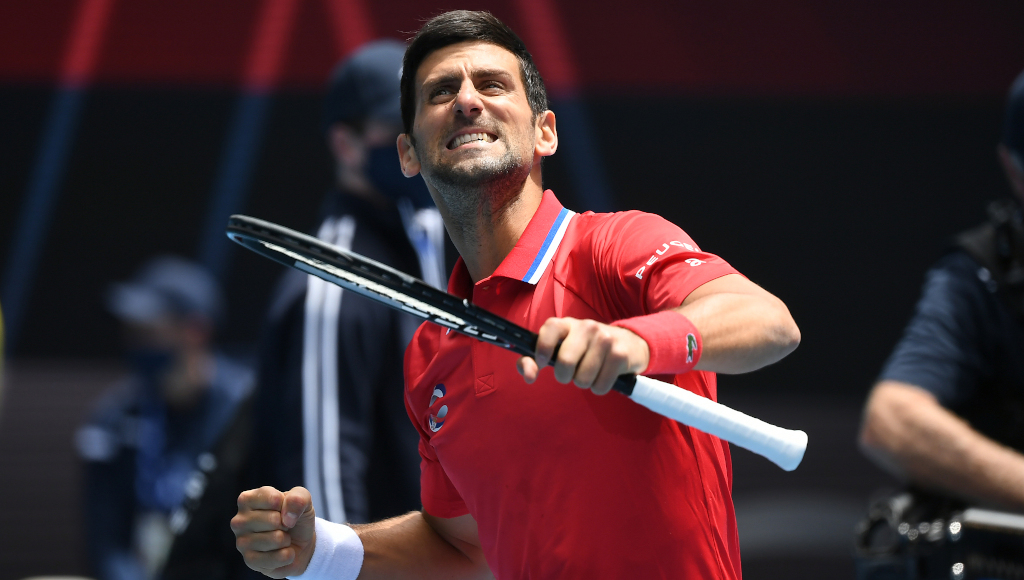 Novak Djokovic was delighted to get past the “dynamic, explosive” Denis Shapovalov in his ATP Cup opener and also hailed team-mate Filip Krajinovic as “key” to Serbia’s doubles win over Canada.

The world No 1 took his ATP Cup record to 10-0 on Tuesday as he first got the better of Shapovalov and then teamed up with Krajinovic to give Serbia the 2-1 victory.

After Milos Raonic handed Canada the lead with a 6-3, 6-4 win over Dusan Lajovic, it was up to Djokovic to keep his country in the tie.

And he duly delivered as he beat Shapovalov 7-5, 7-5 in just under two hours with one break in each set enough to set up the win.

New year, same Novak 💪@DjokerNole picks up where he left off, with ANOTHER #ATPCup win: 7-5 7-5 over a resilient Shapovalov pic.twitter.com/4M6mIhxNlb

“It was a very close match. Playing Shapo is always a great challenge on hard courts,” Djokovic said.

“He’s such a dynamic, explosive player; very talented. I thought we played on a very high level, so I’m really pleased with how I’ve started the season. This is the best way to kick-start the season, playing for your country.”

The 17-time Grand Slam winner then returned to team up with Krajinovic, beating Raonic and Shapovalov 7-5, 7-6 (7-4) to give Serbia the overall win.

“Filip Krajinovic was the key,” said Djokovic. “The way he played today is phenomenal. He came out [with] very solid returning. He found his serve, great rhythm. [He] just played some really key shots in the second set when we needed it the most.”

Serbia will be back in action on Thursday when they face Germany.