Novak Djokovic news: Former world No 1 warns Serbian’s ‘career is on the line’ over vaccination status 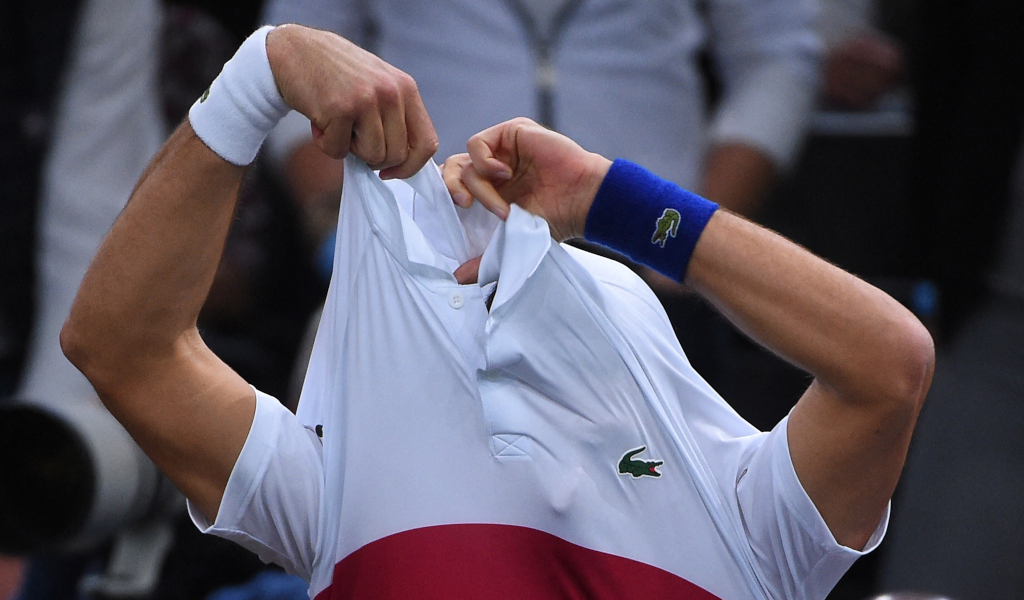 “There is a good chance” that Novak Djokovic, Rafael Nadal and Roger Federer will all remain on 20 Grand Slams with Eurosport analyst Mats Wilander adding that the Serbian’s tennis future could depend on whether or not he gets vaccinated.

Djokovic’s hopes of edging ahead of his two fierce rivals in the race for most major titles at this year’s Australian Open took a fatal blow on Sunday when three judges unanimously upheld Immigration Minister Alex Hawke’s decision to use his personal powers to revoke his visa.

The 34-year-old confirmed that he would not challenge the latest ruling and has been deported from Australia.

The nine-time Australian Open champion Djokovic was the favourite to win this year’s title, but he will now have to wait until at least the French Open to be in with a chance of winning No 21, and even that could be dependent on his vaccination status.

During a chat in the Eurosport Cube, former world No 1 Wilander shared his views on Djokovic’s future Grand Slam prospects and his world No 1 status.

“I cannot imagine the state of mind Novak must be in right now plus it’s by far his most favourite tournament – one he has won nine times – he’s chasing 21 Grand Slams and this was his big chance to go ahead of Roger and Rafa. To me, now there is a good chance all three will end up on 20 Grand Slams which will be amazing.

“I think players think they can beat Novak. But at the same time, you know he is a warrior. He is going to go home, practice, and he’s going to work out and get ready for the hard courts. The big question is whether he is going to be able to travel around the world? Novak Djokovic is favourite to win this race to win the most amount of Grand Slams, but this doesn’t happen.”

Novak Djokovic news: Former world No 2 on how saga will affect Serbian’s legacy and his future on Tour

Djokovic will lose the world No 1 ranking if Daniil Medvedev of Alexander Zverev win the Australian Open.

Wilander continued: “Could we have a new No 1? Well, it’s possible. I think so much depends on how much Novak is allowed to travel, how many tournaments he is allowed to play, and in the end, is he going to have to get vaccinated? His career is on the line and he might have to do something that he doesn’t really want to do.

“I think it will have slightly negative consequences for the tournament early on because people are obviously going to be talking about it, the crowd are going to be talking about it. But after a few days I think we are to going to realise that the players are so good on the men’s side and the women’s side – Ash Barty, of course, is going to be the big story now. There are so many good young players. But for the first couple of days, questions are going to be asked to the players at the press conferences, phone calls from their home country. I don’t even know if the story is going to be over by the end of the Australian Open.”