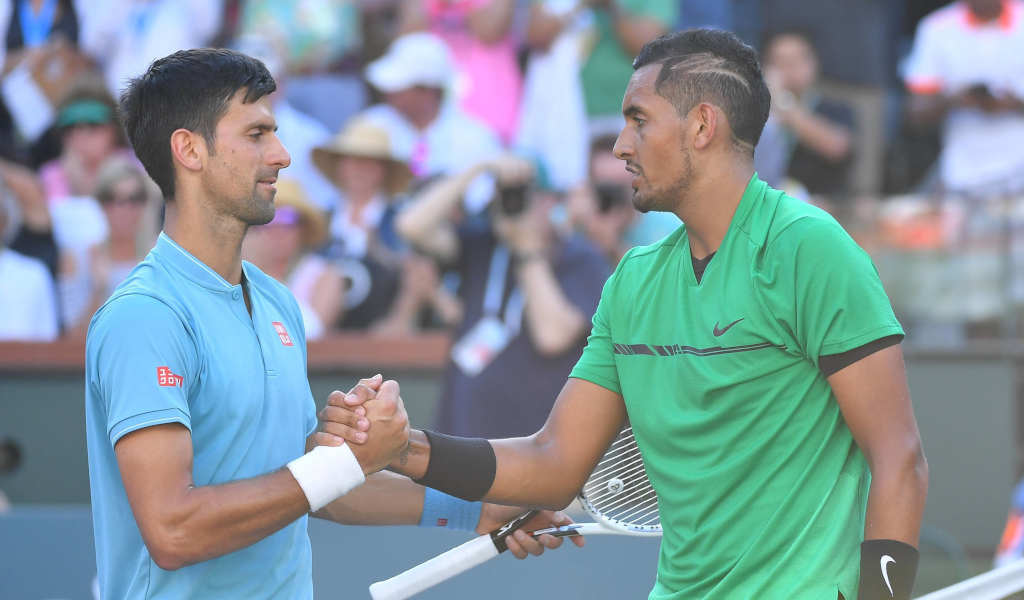 Novak Djokovic has thanked Nick Kyrgios for his support during his unsuccessful fight against deportation from Australia earlier this year.

Kyrgios is known for speaking his mind seemingly no matter what the consequences will be but has also had occasion to be the voice of reason.

The Australian firebrand voiced his disapproval of the media pile-on aimed at Djokovic during and after the deportation saga.

Kyrgios wrote: “Look I definitely believe in taking action, I got vaccinated because of others and for my mum’s health, but how we are handling Novak’s situation is bad, really bad.

“Like these memes, headlines, this is one of our great champions but at the end of the day, he is human. Do better.”

Novak Djokovic said he understands the criticism and lack of support he received from many players while addressing the saga at a press conference in Serbia.

He thanked those who supported him in any way.

“I respect my colleagues and I understand that some of them didn’t want to speak up, and some of them criticised me or didn’t like the way I entered Australia,” Novak Djokovic told the Serbian media.

“I just wish that they listened to my side of the story. But their position was not easy, there was so much attention on the whole saga, and they understandably wanted to talk about themselves and the tournament.

“Nick Kyrgios surprised me pleasantly, I thanked him and all of the others who stood up for me, Alize Cornet for instance.

“I received a lot of messages privately from some of the players, but they didn’t want to speak publicly. I understand it, the situation was complicated.”

The immediate future of Djokovic on the ATP Tour and at Grand Slams will now depend heavily on host nations requirements for entry.

He will make his ATP Tour return at the Dubai Tennis Championships next week, having received assurances that he will be granted entry into the United Arab Emirates.

Djokovic is on the entry list for the Indian Wells tournament in early March, but all Non-citizen non-immigrants must be fully vaccinated to travel by air to the United States.