Novak Djokovic news: When will he play again after shock exit in Dubai? 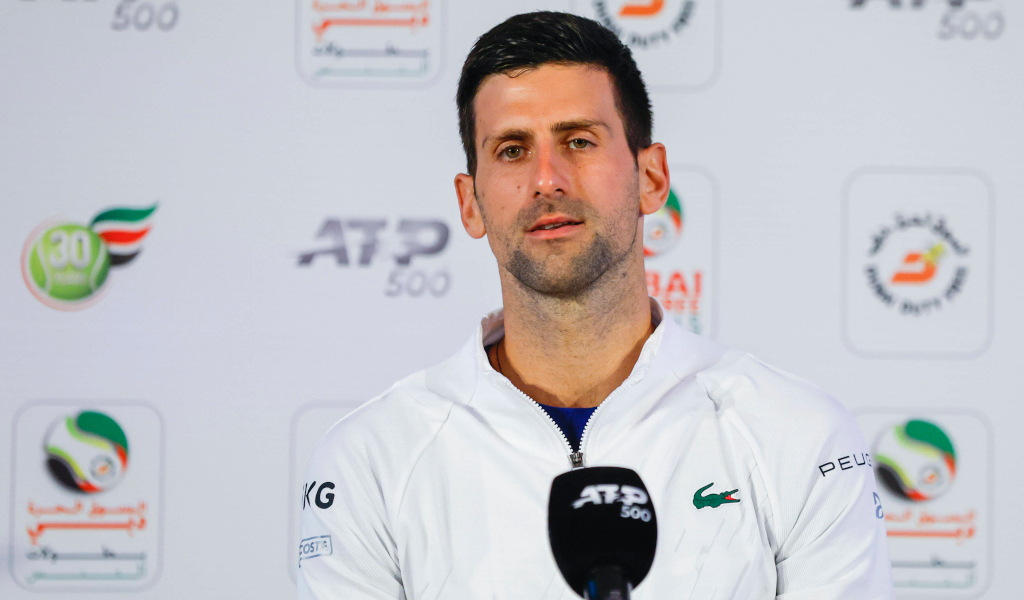 Novak Djokovic’s return to the ATP Tour ended in disappointment after a straight sets loss to Czech Republic’s Jiri Vesely in Dubai on Monday and now the debate over where he will next play can begin.

With the world No 1 ranking that meant so much to Djokovic set to be ripped away from him on Monday when Daniil Medvedev takes over the top spot, Djokovic faces an uncertain future as he looks almost certain to miss the next two big events on the ATP Tour.

Djokovic is one of a handful of players on the men’s tour refusing to be vaccinated against Covid-19, with that decision leading to his humiliating deportation from Australia as he looked to play in the first Grand Slam of 2022.

He now looks set to miss the Indian Wells and Miami Masters events in America next month, with both events confirming they will welcome players that can confirm they are fully vaccinated.

“In order to enter the Indian Wells Tennis Garden, the 2022 BNP Paribas Open will require all attendees to show valid proof of full vaccination against COVID-19,” reads a statement on the tournament’s official website.

“To keep all patrons on-site as safe as possible, no exceptions to the vaccination policy will be allowed. All tournament volunteers, staff, sponsors, media, and vendors will be fully vaccinated in accordance with this policy.”

The Miami event is also likely to be blocked for Djokovic unless the US government changes its rules and allows unvaccinated visitors into the country in the next few weeks.

“As of today, not. I can’t go, can’t enter the United States. As of today, I’m not able to play, but let’s see what happens. I mean, maybe things change in the next few weeks,” said Djokovic, speaking after his return to tennis in Dubai.

As a resident of Monaco, Djokovic should be able to play in the Monte Carlo Masters that start on April 10th, while he will also play in a tournament in his hometown of Belgrade from April 18th.

There are doubts over whether he will be allowed to play in the Madrid Masters (May 1st) or the Rome Masters a week later, although Italian authorities have suggested they may allow the Serbian to enter the country, even though he would not be allowed to stay in a hotel under current Covid restrictions.

French authorities have hinted Djokovic will not be allowed to defend his French Open title due to his vaccine stance, yet he will hope restrictions have been lifted by the time that event starts in late May.

If vaccine requirements are not changed, it is not inconceivable that the only Grand Slam event Djokovic will play in 2022 will be at Wimbledon in June, with his ranking certain to plummet if he is not allowed to play in a majority of the tour’s leading events.