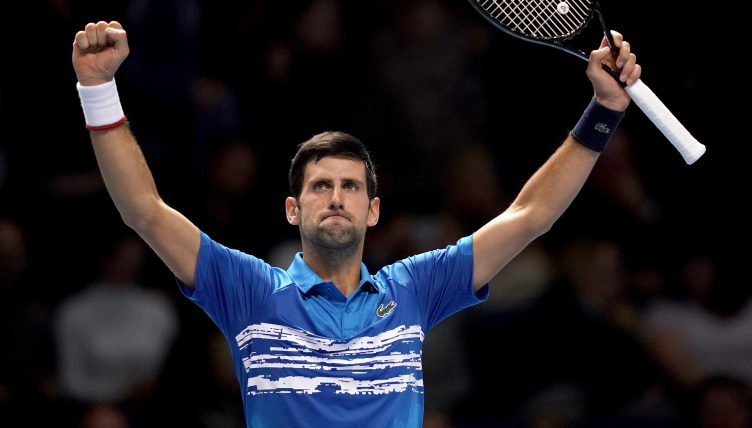 Novak Djokovic has clinched  the year-end No. 1 ATP Ranking for a record-equalling sixth time and he was quick to pay tribute to the legend he has joined at the top of the illustrious list.

The Serbian, who finishes as No. 1 for the sixth time, drew level with his childhood hero, American Pete Sampras, who ended six straight years at the pinnacle of men’s professional tennis between 1993 and 1998.

“Pete was somebody I looked up to when I was growing up, so to match his record is a dream come true” Djokovic told the ATP.

“I will also keep striving to be a better player, hopefully have more success and break more records in a sport I love with all my heart.”

The year-end world No.1 record is a prize Djokovic has been keen to wrap up for several weeks and his decision to play in Vienna at the back end of October confirmed his eagerness to secure enough points to finish ahead of Rafael Nadal.

“To finish the year as No.1 is one of the most impressive achievements in our sport, one which requires sustained excellence across the season,” said Andrea Gaudenzi, ATP Chairman. “To see Novak achieve this for the sixth time and match Pete’s record is simply incredible, and he continues to cement his place in the history books.”

It was the 16th time in the last 17 years that the year-end world No.1 ranking was sealed by either Djokovic, Rafael Nadal or Roger Federer, with Andy Murray the only player to break their stranglehold on the record in 2016.