Novak Djokovic on Stefanos Tsitsipas: ‘He has great potential to be No 1 and win Grand Slams’ 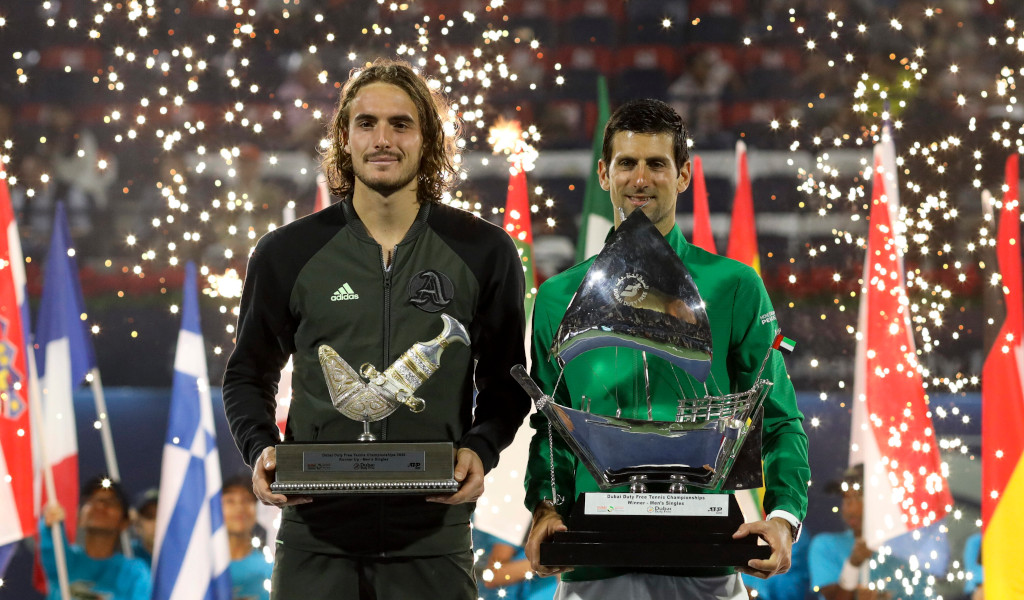 Praise doesn’t come much higher than from Novak Djokovic with the current world No 1 describing Stefanos Tsitsipas as “more than just tennis player” and someone who has “great potential to be No 1 of the world and win Grand Slams”.

Djokovic was too good for Tsitsipas in the Dubai Duty Free Tennis Championships final as he beat the Greek 6-3, 6-4 to win the title for a fifth time, taking his 2020 record to 18-0 in the process.

“Keep failing til you make it.”

“I love the fact that he is more than just tennis player and he’s always looking to learn from the experience and to understand something new about himself so he can improve, get better,” Djokovic said.

“That for me is a trait of a champion, of someone that for sure has a great potential to be No 1 of the world and win Grand Slams and be a great ambassador of our sport. He already is, but he has a great future ahead of him, I’m sure.”