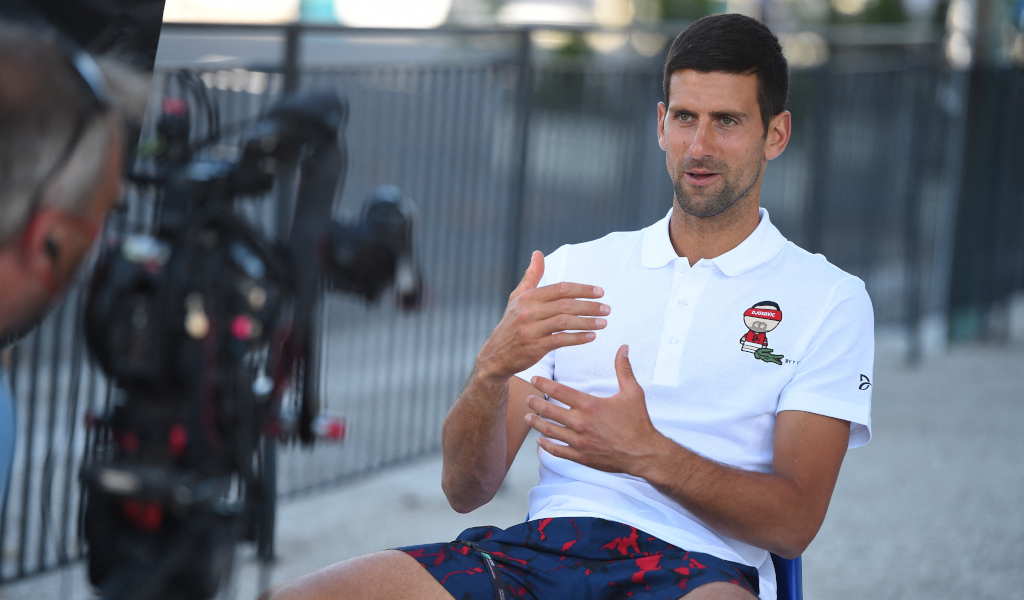 Novak Djokovic still has a “great desire” to compete in as many Grand Slams as possible, but insists for now he will not have a change of heart over his Covid-19 vaccination status, adding “I am ready to bear consequences”.

The 20-time Grand Slam winner was unable to defend his Australian Open title in January after he was deported from the country over his vaccination stance with his visa cancelled for a second time on “health and good order grounds”.

He will return to action at the Dubai Tennis Championships next week while he has also been given the green light to compete at the Italian Open, but it is a case of wait and see for most other tournaments.

In his first interview since the Australian saga, the world No 1 admitted that he is willing to miss big tournaments – including the French Open and Wimbledon – as he won’t get vaccinated any time soon.

And he echoed those sentiments to Serbia’s RTS.

“I would like to play in many tournaments. I am currently in a situation where it doesn’t depend on me. It depends on rules of certain countries in which tournaments are taking place,” he said.

“We will see, the rules are constantly changing. I keep an open mind and I am not exclusive. I am trying to understand this whole situation regarding the pandemic and fight against the virus like every other citizen in the world.

“I have information that everyone else has, and I am trying, as professional a sportsman, which was always the case, to triple-check anything that goes into my body and in which way that can affect me.

“If anything changes half a per cent, I can feel that.

“Simply, at that top tennis level, every change can produce positive or negative results. I am merely cautious, and I took some time for myself before I make a decision.