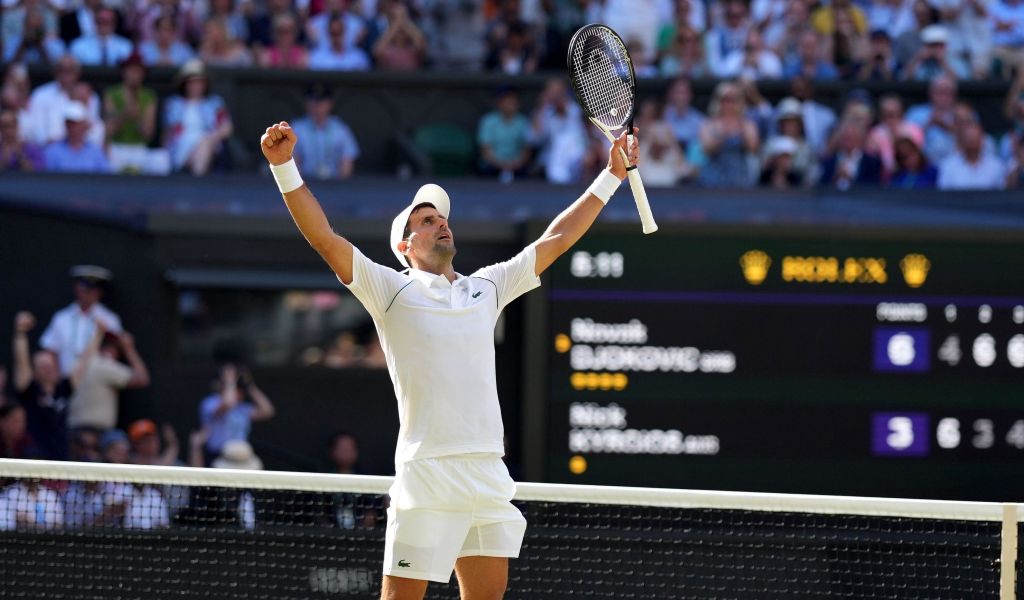 Novak Djokovic is set to face a huge fall in the ATP Rankings, despite his success in defending his Wimbledon title.

Djokovic maintained his stranglehold on Wimbledon by beating a frustrated Nick Kyrgios to win a fourth consecutive title and 21st Grand Slam crown.

The Serbian has now won seven of the last 11 titles at the All England Club, equalling Pete Sampras’ tally and closing to within one of both Roger Federer’s men’s singles record here and Rafael Nadal’s overall mark of 22 majors.

It has been a difficult season for Djokovic but he has once again been able to rely on the lawns of Centre Court to bring the best out of him, and he raised his arms aloft after securing a 4-6, 6-3, 6-4, 7-6 (7-3) victory.

Yet the ATP’s unfathomable decision to strip ranking points from Wimbledon in response to their decision to ban Russian and Belarusian players over Russia’s invasion of Ukraine is now set to hit Djokovic harder than most.

That decision has ended up punishing ATP members more than Wimbledon chiefs, with Djokovic unable to defend the 2,000 ranking points he picked up for his win at the All England Club last year.

That means he will fall to No 7 in the updated ATP Rankings, with a further fall certain if he is not allowed into America to play in the upcoming ATP Masters event and the US Open due to his refusal to be vaccinated against Covid-19.

Djokovic is not the only player to suffer from the ATP’s move to take ranking points away from Wimbledon, with beaten finalists Nick Kyrgios denied the 1,200 ranking points that could have ensured he would be seeded at the US Open.

The ATP decision means Russia’s Daniil Medvedev will remain as the world No 1, with Djokovic’s fall making a mockery of their rankings heading into the second half of 2022.

Meanwhile, Wimbledon’s Ladies champion Elena Rybakina would move into the top 10 of the WTA Rankings if she could collect the 2,000 ranking points that should have been available at Wimbledon.

Instead, Rybakina will stay outside of the world’s top 20, with Britain’s Emma Raducanu set to break into the world’s top 10 as players lose points they were unable to defend at Wimbledon.

If the aim of the ATP and WTA Tours was to dilute Wimbledon’s importance by removing ranking points, that decision has backfired badly as we have all lived through a memorable two weeks at the All England Club.

In the end, the only members of the tennis community they impacted but removing ranking points from Wimbledon was their own players, meaning their decision can now be viewed as a big mistake.