Novak Djokovic shrugs off criticism over big crowds at Adria Tour: ‘It’s not up to me to make the calls’ 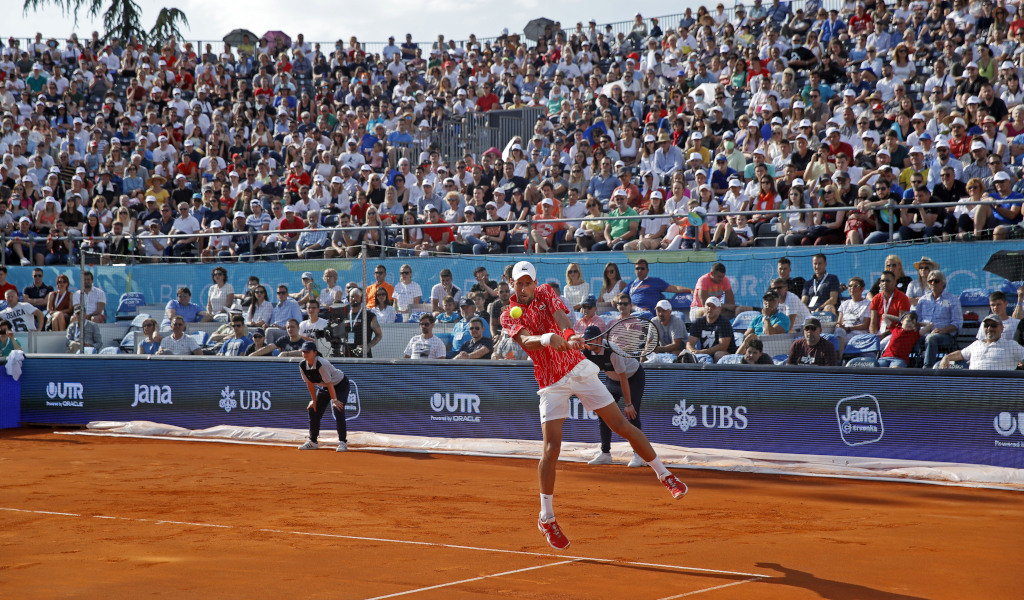 Novak Djokovic has dismissed criticism over the big crowds that attended the opening day of the Adria Tour in Belgrade despite the coronavirus pandemic, saying “we are doing what the Serbian government is telling us”.

Most professional sports have been on a hiatus since early March due to Covid-19 and some have made tentative returns, but with strict social distancing rules in place.

Although pro tennis is only set to resume in August, world No 1 Djokovic organised the Adria Tour – featuring the likes of Alexander Zverev, Dominic Thiem and Grigor Dimitrov – and funds raised will go to charity.

The stands at the Novak Tennis Centre in Belgrade were packed on Saturday, leading to criticism over the lack of social distancing.

However, Serbia has lifted the ban on outdoor public gatherings and the government has recommended people stay only three feet apart.

“We have different circumstances and measures, so it’s very difficult to think of international standards,” Djokovic said.

He continued: “You can also criticise us and say this is maybe dangerous, but it’s not up to me to make the calls about what is right or wrong for health.

“We are doing what the Serbian government is telling us and hopefully we soon will get back on tour collectively.”

Djokovic, who won his opening match against Victor Troicki before going down against Filip Krajinovic, insists “life goes on”.

“Of course, lives have been lost and that’s horrible to see, in the region and worldwide, but life goes on, and we as athletes are looking forward to competing.”