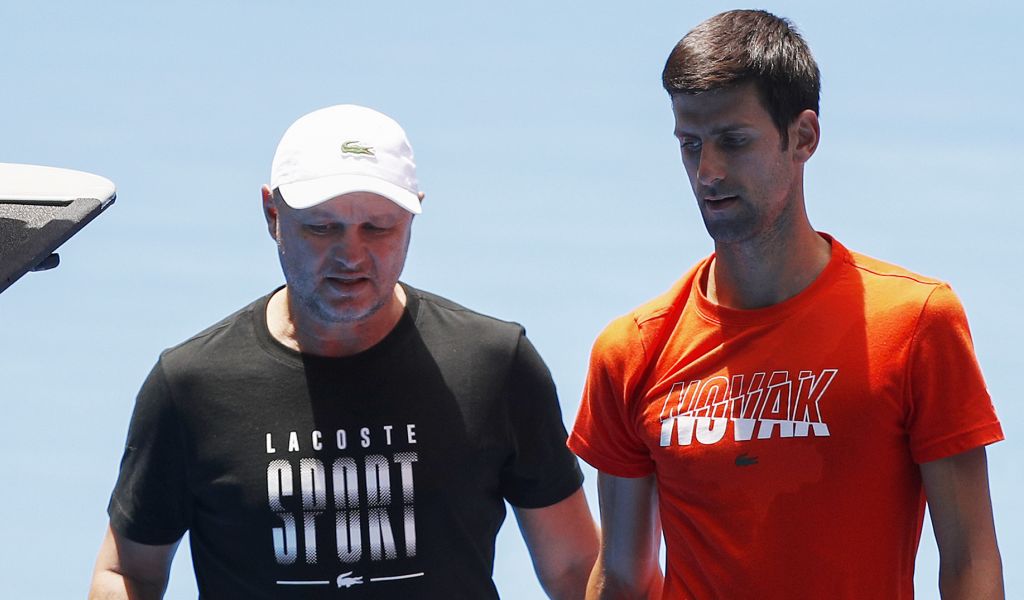 Novak Djokovic has split from his long-term coach Marian Vajda, bringing their 15-year working relationship to an end.

The former world No 1 confirmed the decision in a statement on his website, as he thanked Vajda for his support during his record-breaking career.

“After a ground-breaking 15 years working together, we can confirm that Marian Vajda and Novak Djokovic ended their professional partnership,” read the statement.

“The pair agreed to end their partnership last year, following the ATP Turin. Marian has played an integral role within Novak’s team, supporting Novak to achieve 20 Grand Slam titles and amass an unprecedented 361 weeks as the world number one ranked player.

“Since 2019, Marian has been joined by Goran Ivanisevic who has also played a hugely important role within the coaching team and will continue to work with Novak moving forward.”

Djokovic thanked Vajda for his support, as he gave his reaction to their parting by stating: “Marian has been by my side during the most important and memorable moments in my career. Together we have achieved some incredible things and I am very grateful for his friendship and dedication over the last 15 years.

“While he might be leaving the professional team he will always be family and I can’t thank him enough for all he has done.”

Vajda has been a strong supporter of Djokovic during his recent issues in Australia over his refusal to be vaccinated against Covid-19 and he paid tribute to Djokovic.

“During my time with Novak, I have been lucky to watch him transform into the player he is today,” he said.

“I will look back on our time together with immense pride and am so very thankful for the success we have achieved. I remain his biggest support on and off the court and look forward to new challenges.”

Djokovic started his 2022 season belatedly in Dubai last week, but he suffered a shock defeat against Jiri Vesely in the quarter-final of the Dubai Tennis Championship.

Now it remains to be seen when Djokovic will play again, with the unvaccinated Serbian set to miss the upcoming ATP 1000 events at Indian Wells and Miami this month, but he remains committed to trying to continue his career wherever he is allowed to play.

“Of course I’m still motivated and I’m still pi***d off when I lose a match,” he said last week.

“I care about winning every match, as anybody else on the tour.

“I’m actually glad that I’m feeling a lot of emotions every single day because it means that I really want to be part of this sport.”

Meanwhile, it has been confirmed that Peugeot will not longer be one of Djokovic’s sponsors, with contract between the car company and the tennis star not being renewed.