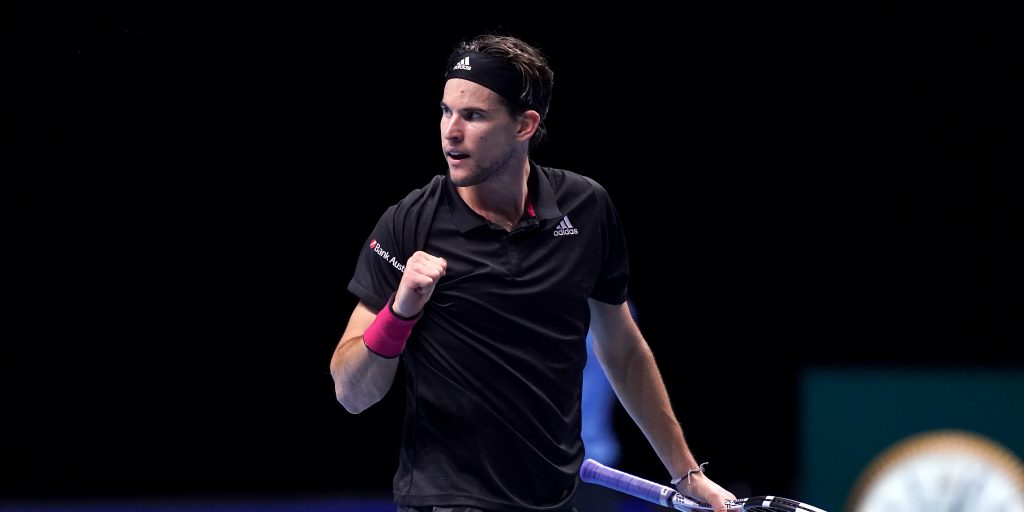 Novak Djokovic admitted there was ‘nothing he could do’ as Dominic Thiem reeled put six straight points in the deciding tie-break to secure a thrilling 7-5, 6-7 (10-12), 7-6 (7-5) victory in the ATP Finals in London.

US Open champion Thiem secured his place in Sunday’s final with a thrilling display of power-packed hitting from 4-0 down in the decisive breaker, with Djokovic admitting he was helpless to stop the march of the Austrian.

“What he did from 0-4 in the third set tie-breaker was unreal,” stated Djokovic. “I made all first serves and he just crushed the ball. What can you do?

“I was in the driver’s position and he just took it away from me. He went for everything and it worked. I give him the credit for that. Congratulations to him. I didn’t play well for any point from 4-0 ahead. He played great.”

Thiem was overwhelmed with joy as his victory was confirmed, as he admitted this was a battle of the mind between two of the game’s big hitters.

“It was for sure a mental battle,” stated Thiem. “I got so tight in the second-set tie-break. To play these big legends is always something special, playing for a final here is also something very special.

“I thought that after my first big title in New York maybe I’m going to be a bit more calm, but it was a mistake I guess. It was so much on the edge this match. I’m just incredibly happy to be through and will just try to get ready for the final.”

This was a case of history repeating itself as Dominic Thiem defeated Novak Djokovic to reach the final of the Nitto ATP Finals.

But the scoreline only told half the story, with US Open champion Thiem missing four match points in the second-set tie-break only to claw his way back from the brink himself.

Last year’s clash was in the group stages, with Thiem going on to lose a similarly epic encounter against Stefanos Tsitsipas in the final.

The 33-year-old was well below his best in a round-robin loss to Medvedev and, although he was much improved in his must-win contest with Alexander Zverev on Friday, there were still uncharacteristic errors.

Here, Djokovic was solid if not spectacular for the first 10 games while Thiem showed his frustration at a lack of precision.

The 11th game gave the third seed his breakthrough, though, as Djokovic unwisely kept coming forward and paid the price, dumping a volley into the net on the first break point of the match.

The world number one was criticised in his French Open final hammering by Nadal for overplaying the drop shot, and here he seemed to have replaced that with the drop volley.

Thiem confidently served out the first set and Djokovic looked hurried and harassed as he faced another break point in the fifth game of the second set, but this time his opponent netted a forehand.

This was the latest in a series of close matches played out between these two. Last year at The O2, Thiem won an epic group match, while Djokovic edged a five-set Australian Open final in January.

Djokovic had his first break point of the match at 4-3 but narrowly missed a return, while a couple of errors from Thiem presented his opponent with two set points at 6-5 but again the greatest returner the game has seen was unable to get the serve back.

Djokovic seemed to be having trouble freeing himself up but he was certainly not the only player feeling the tension in an extraordinary tie-break.

Thiem served a double fault on the second match point and missed a forehand on the third, while a netted backhand on Djokovic’s second set point was the decisive moment.

It was nip and tuck all through the decider as well, but the momentum seemed to be gradually moving Djokovic’s way.

He let out a huge roar of frustration at a missed return at 5-4, 30-30, but that was nothing to the disappointment he must have experienced as Thiem wrestled the tie-break away from him.

Having played four poor points at the beginning, Thiem went for broke and it paid off spectacularly, leaving Djokovic helpless and heading home.