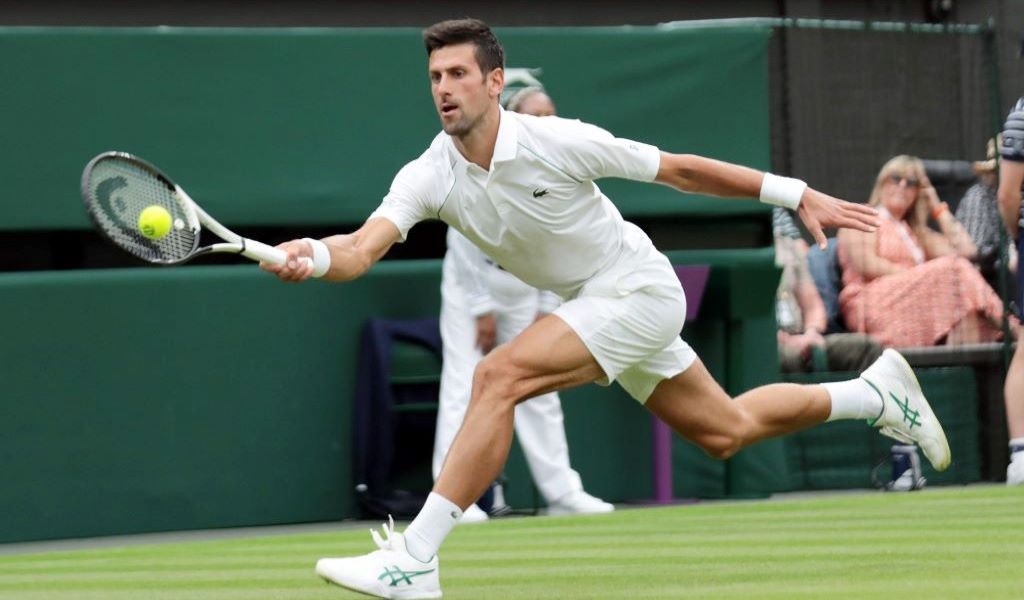 Former British No 1 Jo Durie believes it will be a ‘real shame’ if Novak Djokovic cannot play at the US Open, as the debate over his hopes of participating in New York rumbles on.

Djokovic re-affirmed his status as one of the game’s giants with a stunning Wimbledon victory last month, but he is currently banned from entering the USA as he is not vaccinated against Covid-19.

A campaign has gathered pace to allow Djokovic to play in the final Grand Slam of 2022, with Durie seeing both sides of the argument as she spoke to Tennis365 in her role as an ambassador for the 15 Love NFT Collection.

“What a mess at the beginning of the year in Australia. Bad communication and it was really tough on him,” reflected Durie.

“Now we have the US Open and he can’t go to that. He has pulled out of the Canadian (Open) because he is not vaccinated.

“He is so strong mentally with the things he wants to do, but it looks tough at the moment. It’s unfortunate. That’s the rules in America at the moment.

“Most countries have opened up now, but who am I to say (whether he should be allowed to play)? It’s a real shame that he can’t go and play at the moment because obviously he would be the favourite.”

Djokovic may be “preparing as if he will be allowed to compete” at the US Open, but his coach Goran Ivanisevic says he has “zero hope” that the 21-time Grand Slam winner will play at Flushing Meadows.

“There is always hope, Novak will do everything to be there, maybe he will get a special visa. But there are only two weeks. And, personally, I have zero hope that [Joe] Biden will change the rules before the tournament starts,” he told La Repubblica.

“For me it is all nonsense and bull****: if you are vaccinated but positive you can enter the United States. If you are not vaccinated but negative, you are banned. There is too much politics in sports.”

Launched by former BBC Apprentice star Sabrina Stocker and her brother Kyle, the siblings are sharing their passion for tennis and looking to fuel interest in the game from a whole new audience.

15 Love began its journey during Wimbledon by initially releasing an NFT project for tennis fans. Holders of the NFT will receive a unique digital tennis racquet, as well as benefit from all the features of being part of this NFT project.

“A lot of people like collecting stamps or art and NFT’s a little like that and we are doing utility NFT’s” Sabrina told Tennis365.

“With 15 Love NFT, you get a chance to meet our ambassadors like Jo Durie and our other ambassadors. Access to real life and metaverse virtual events to meet everyone in our community and that’s what we are creating.

“People don’t know what NFT’s are and there are a lot of scams out there, but we are keen to increase tennis participation. How do we get more people involved in tennis.

“As a young person, I’d love to have had a chance to speak to one of the top coaches in the game and what our NFT’s do is buy you that access.

“The football NFT market is worth over a billion dollars and in tennis, we are at the start and it’s very exciting to have people like Jo Durie to come on this journey with us.”