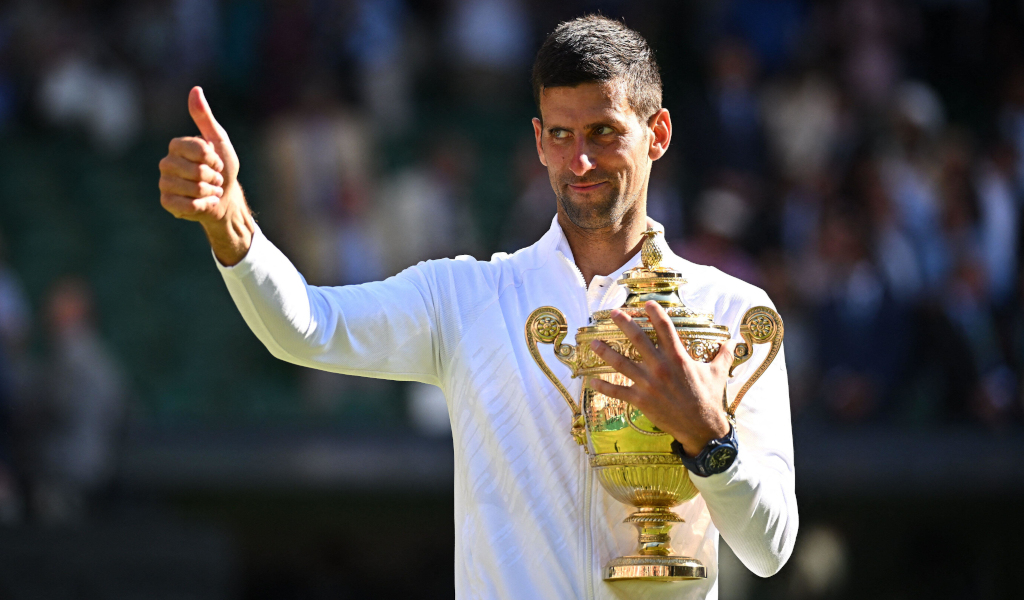 Once again, Novak Djokovic is playing a waiting game.

As the Wimbledon champion released a post on his social media almost appealing for the US government to allow him to enter their country this month despite being unvaccinated for Covid-19, the debate over what needs to happen next for the Serbian kicked-off all over again.

After the drama of his deportation from Australia at the start of 2022 following a farcical chain of events that should never have been allowed to unravel, the world has moved on to a point where it feels like Djokovic has suffered enough for his decision.

Covid-19 is now a virus that most of the world are prepared to live with and the few who have decided against taking a vaccine have done so at their own risk.

At this point, it’s pretty clear that Djokovic’s decision is only likely to have implications for his own health and seven months on from the Melbourne soap opera where he was cast in the leading role, it feels like his time in exile needs to come to an end.

Tennis needs all its big names in the final Grand Slam event of 2022 and if Djokovic isn’t present, a big piece of the jigsaw on the men’s side of the draw will be missing.

Whatever your take on Djokovic’s vaccine call, it feels like the world has moved on in recent months and his presence at both the French Open and as he won Wimbledon undeniably enhanced those tournaments.

“I mean, we have to find a way to get Novak into the US Open,” John McEnroe told Tennis365 last month in an exclusive interview. “How can he not be there? He has just won Wimbledon, he is a great champion and he should be in the US Open.

“I don’t agree with his decision not to get vaccinated, but I respect it. He is one of the fittest guys in the world and everything he puts into his body, he is watching carefully.

“Now we are saying that because of his choice, he can’t play at the US Open. I mean, come on. He has already been deported from Australia for the same reason and here we are again.

“I hope someone finds a way to sort this out. It’s crazy that Novak misses the US Open at this stage.”

As August 2022 dawned, it was hard to disagree with McEnroe’s sentiments.

Djokovic may have disappointed many around the world as he became a poster boy for the anti-vaccine movement, even though he has always insisted he has never been against others taking the vaccine if they chose to do so.

He took a decision relating to his own mindset and body and that now has to be respected, but unless the laws change in key tennis outposts, his career is likely to be brutally impacted over the next couple of years.

Djokovic has pulled out of next week’s Canadain Open as he is not allowed to enter the country and unless there is a change to American vaccine restrictions, he will also miss the US Open later this month and he is also in danger of being excluded from Australia once again in January.

That means he might not play another Grand Slam event until the French Open next May, with this staggered calendar for the Serbian certain to impact his levels on the court and his mental battle off it.

Djokovic admitted he struggled to get back to his best after his embarrassing exit from Australia and he will not go to America unless he has a total assurance that he will be allowed to play.

That is unlikely to come and it means that the Wimbledon champion and 21-time Grand Slam champion will be a spectator for the US Open and while that is a sentence that he has opted to accept, the sport of tennis is being punished as much as Djokovic at this point in what has long since become a messy story.