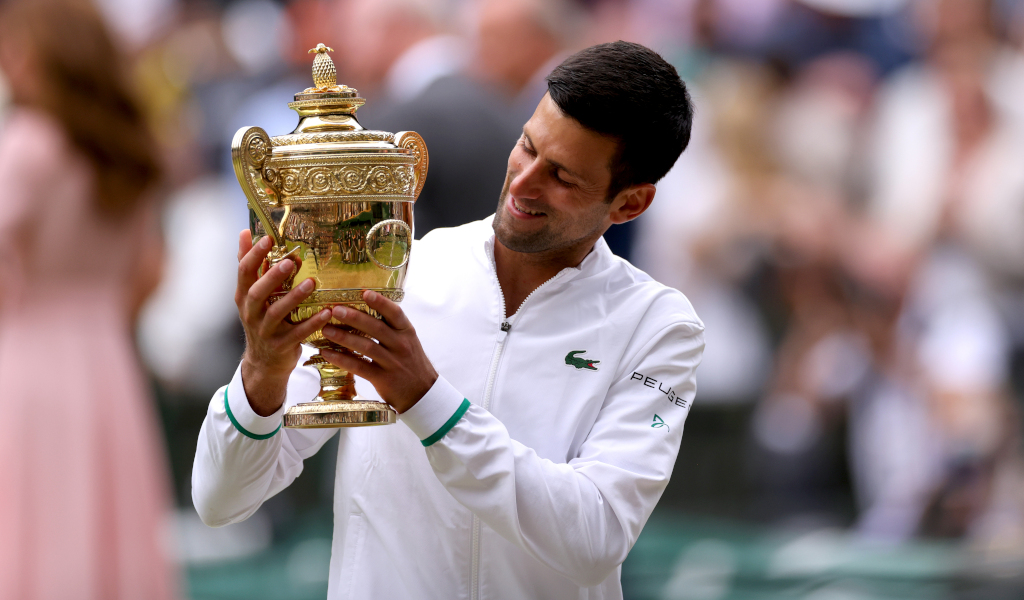 He has taken time to gather his thoughts after his sixth Wimbledon triumph earlier this month and now Novak Djokovic has summed up his emotions in a lengthy Instagram post.

Djokovic drew level with Roger Federer and Rafael Nadal by winning his 20th Grand Slam title with his latest win at Wimbledon and he admits the moment was one of the highlights of his remarkable career.

“I know I am late, but it’s never too late with Wimbledon post,” wrote Djokovic.

“I wanted to write few words and acknowledge this wonderful piece of art whose author is unknown (at least to me). When I first saw this picture I was emotional. It brought me back to childhood and my first tennis steps.

“When I was a kid, I was constructing Wimbledon trophy out of improvised material I could find in my room. I was looking myself in the mirror, saying “I am Novak Djokovic, Wimbledon champion”.

“To win this sacred and most special tournament for me for 6th time is surreal. I am blessed and grateful to experience many beautiful moments on the holy grass of Wimbledon.

“My imagination was very realistic. As every kid, I dreamed, imagined, visualized and believed 100% in my dreams, like they were already achieved.

“Imagination and visualization is a super power. When children dream and imagine, it’s the purest form of love and motivation.

“I was fortunate that I had parents and few more other close people in my career that allowed me to dream and believe I can reach the stars in tennis. I am not saying that everyone will succeed in reaching the biggest heights in tennis.

“As a parent, I believe creating loving and caring environment where we as parents show respect and support for children’s dreams, can do many wonders for our society and sports ecosystem as a whole.”

Djokovic has now arrived in Tokyo ahead of the Olympics Games, where he will attempt to add a gold medal to a year that has already seen him win the first three majors of the tennis calendar.