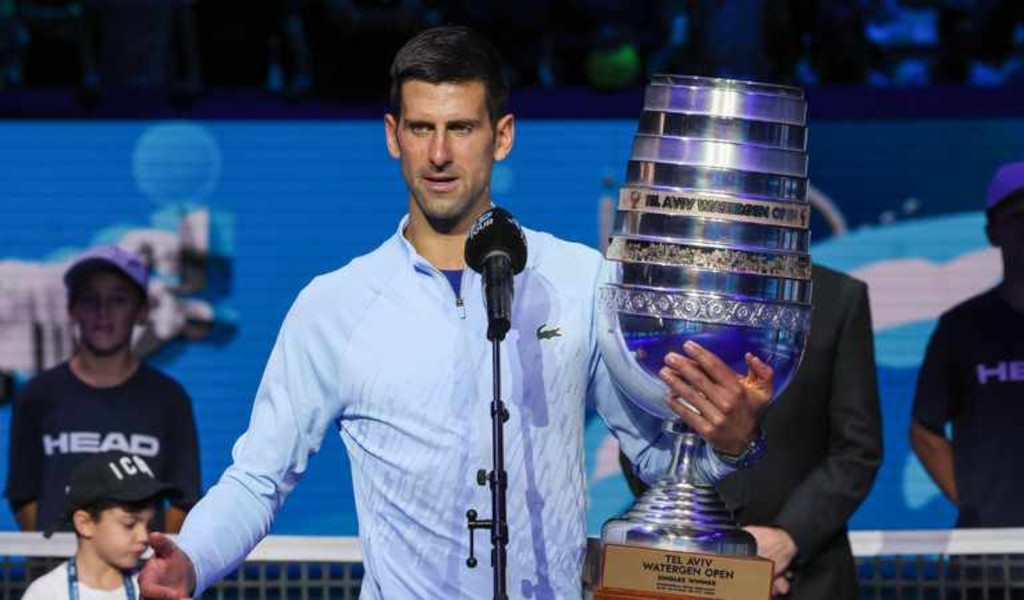 Novak Djokovic claimed the 89th title of his career with an impressive straight-sets victory over Marin Cilic in the Tel Aviv final on Sunday.

The Serb has had a disrupted 2022, but the win in Tel Aviv gives him his third title of the year.

The 35-year-old triumphed 6-3, 6-4 to add the Israeli trophy to victories in Rome and Wimbledon.

It was Djokovic’s 19th win over Cilic in 21 meetings in a rivalry stretching back to 2008.

Djokovic was playing his first singles tournament since wrapping up a seventh Wimbledon crown and 21st Grand Slam title in July.

The 21-time Grand Slam winner was barred from competing in the US Open and the entire North American hard court swing over his vaccination impasse with US and Canadian authorities, but he returned to action for Roger Federer’s farewell in the Laver Cup team event in London last month.

On Sunday, Djokovic broke Cilic in the second game of the final and pocketed the first set with a fourth ace after 47 minutes on court.

Former US Open winner Cilic, chasing a 21st career title but first of 2022, was broken in the first game of the second set and the 34-year-old never recovered.

The Serb only faced one break point in the final which was clinched in 94 minutes.

Djokovic, who didn’t drop a set all week, now heads to the Astana ATP tournament where world number one Carlos Alcaraz takes the top seeding.

It was an emotional week for the World No 1 as he returned to action at last.

“I think it was a very competitive match, especially in the second set,” said Djokovic after reaching his 127th final.

“I must say I was quite emotional on the court today in the second set, there was a lot of tension, and that was also due to his aggressive style of tennis. Big serves, and when he has time, he’s so solid from the forehand and backhand corner.”

Despite the loss it was a memorable week for Former US Open champion Cilic, who celebrated his 34th birthday on 28 September.

“It was a fantastic week for me celebrating my birthday,” Cilic said during the trophy ceremony. “I didn’t have a chance to celebrate with so [many people before], but next time I’m buying drinks everybody!”

Djokovic is now the first man to claim titles on three different surfaces this season.