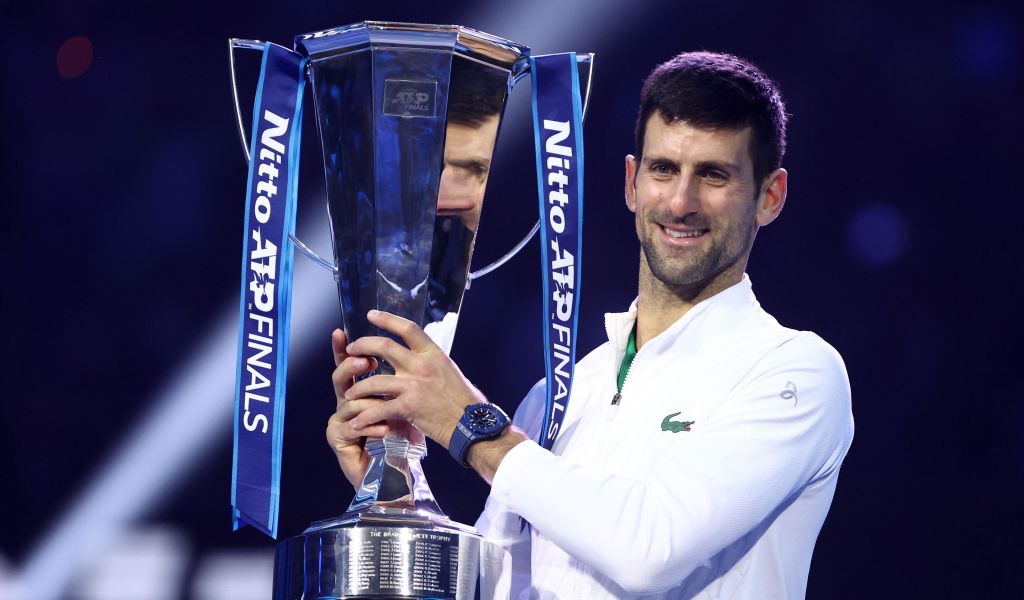 Novak Djokovic was the biggest prize-money earner in tennis in 2022 as he beat Iga Swiatek to top spot on the back of his feat at the ATP Finals.

21-time Grand Slam winner Djokovic picked up a cheque of $4,740,300 – the biggest in tennis history – after winning the season-ending tournament in Turin without losing a match.

The Serbian’s 2022 earnings are well short of his record-breaking 2015 campaign when he made $21,146,145 after winning the Australian Open, Wimbledon, US Open and ATP Finals.

The Pole’s biggest cheque of the year came at the US Open as she won $2,6m after winning the title while at Roland Garros she added $2,36m to her bank account. Her titles at the Indian Wells Open and Miami Open came with cheques in excess of $1.2m.

Swiatek, though, missed out on adding $1,6m to her tally for winning the WTA Finals undefeated as she only reached the semi-final in Fort Worth earlier in November.

ATP world No 1 Alcaraz finishes third in the 2022 prize-money earners’ list with the Spaniard earning $7,655,130 with his biggest cheque coming from his US Open title run ($2,6m). The teenager, though, missed out on the season-ending ATP Finals due to injury.

Rafael Nadal finishes fourth after winning the Australian Open ($2,071m) and French Open ($2,36m) while ATP Finals runner-up Casper Ruud completes the top five. The Norwegian earned $2,156,600 for his efforts in Turin while he also finished runner-up at the French Open and US Open.

Swiatek and Ons Jabeur are the only women in the top 10 with the latter coming in at No 7 with $4,977,069. The world No 2 from Tunisian finished runner-up at Wimbledon and the US Open.